Zaheer Khan lauds India’s decision to promote Iyer to the No.3 slot

Zaheer Khan, former Indian legendary pacer, has praised the team management for their decision to send newcomer Venkatesh Iyer at the number three slot against New Zealand in the second T20I. Zaheer thinks that team India has made up their mind to prepare Iyer for the upcoming World Cup in Australia. India is already thinking about the next T20 World Cup: Zaheer Khan on Iyer’s promotion

Venkatesh Iyer is the next best alternative as Hardik Pandya’s replacement that India has. Indian cricket is not rich in fast bowling all-rounders. Hence, Iyer is a rare commodity. Zaheer Khan opined that this move proves that the ‘Men in Blue’ are already thinking about the upcoming T20 World Cup in 2022, and said that it was a proactive move taken by the Indian team management keeping the future in mind.

“The move to promote Venkatesh Iyer to No.3 when the opportunity arose proves that India is already thinking about the next T20 World Cup. Had they not done something like that, then you could have said that they missed an opportunity. It was definitely a proactive move by the management keeping the future in mind,” said Zaheer Khan in a chat with Cricbuzz.

Iyer scored 12* off 11 deliveries with the willow and must have gained confidence by batting in the middle.

We need to sort out our middle order: Pragyan Ojha 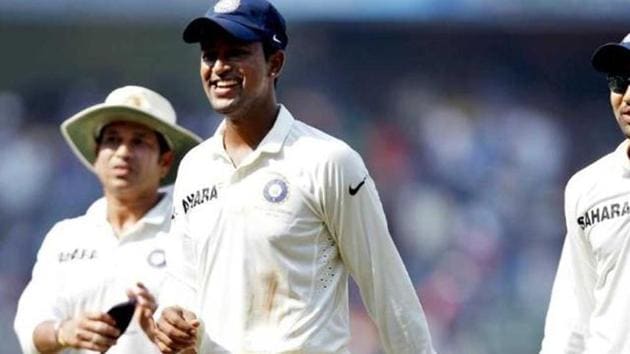 Former Indian left-arm spinner Pragyan Ojha has appealed to team India to sort out their middle order. He points it out as one of the key reasons behind India’s poor performance in ICC events.

“We need to sort out our middle order. That is what is hurting us in ICC tournaments. If we get that in place, the rest all seems fine. Our top-order batting and bowling are excellent. But this is one box we still need to tick,” said Ojha.

Ojha also added that the Indian middle order failed to step up in the first two World Cup matches after Rohit Sharma and KL Rahul were dismissed for low scores. Ojha feels that this poor effort from the middle order cost India a place in the semi-finals of the multi-nation tournament.

“India’s middle order failed to deliver after Rohit and Rahul perished cheaply in the first two games of the T20 World Cup 2021 against Pakistan and New Zealand respectively. The below-par efforts ended up costing India a place in the semis,” concluded Ojha.

• Ojha wants Team India to sort out their middle-order