Yuzvendra Chahal reveals how Rohit helped in his resurgence in T20s

Yuzvendra Chahal faced a major setback in his career when he was dropped from the T20 World Cup in 2021 even though he was India’s leading wicket-taker in T20Is and had a phenomenal second leg of IPL at the same venue. But the right-arm leg-break bowler has come a long way since his exclusion from India’s squad for the ICC T20 World Cup 2021.

Yuzvendra Chahal is now a vital cog in India’s bowling department in T20I and one of the frontline spinners. He has also been included in the squad for Asia Cup 2022 and if all goes well, he will be all set to represent India in the upcoming T20 World Cup in Australia.

The leg-spinner has thrived under the leadership of Rohit Sharma since his return to the side last year and in an interview with YouTube channel Sports Yaari, Chahal said he has been given the liberty to bowl by captain Rohit Sharma.

“Rohit Bhai always used me like a wicket-taking bowler. I got great liberty from him which every bowler expects from the captain.” Elaborating further, Chahal said “Rohit Bhai would always ask me what I wanted to do as a bowler. Even during India’s batting, he would ask me what I would’ve bowled in a particular situation. I got to know that as a bowler, I can’t relax in an over”. Yuzvendra Chahal also talked about his transformation as a death-over spinner and his comeback as a major member of the Indian team. When asked who pushed him to work on his powerplay bowling, he said “Rohit Bhai had told me that you might have to bowl in the powerplay and during death overs before I started the IPL season this year.” 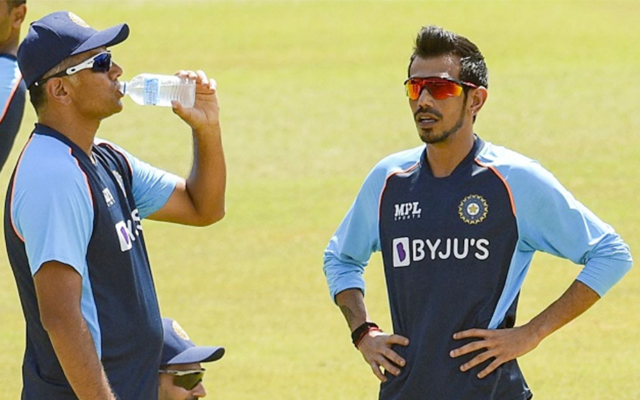 India spinner shared that while he was leaving to join his franchise Rajasthan Royals in IPL, head coach Rahul Dravid told him “work on bowling fullers(full-length balls). You might be asked to bowl during death overs and powerplay overs while playing for India. You try using the crease more.”

Sharing further, Yuzvendra Chahal said “In the IPL, I had a detailed chat with Sanju. He assured me that I would get my four overs and I would have the liberty to bowl whatever way I wanted to. If I feel like helping you out with something, I would. But you would bowl at least one over between 16-20, even if you concede 15 runs. Because I believe you can do that.

“Before the matches, I would try to bowl yorkers and ask the batters whether it’s going too full. I tried different types of yorkers and I tried doing that with the new ball because if you can do it with the new ball, you can definitely work with the older one as well. In IPL, you have power hitters but if you bowl well in front of them, you know you have improved. If you improve it creates doubt in the minds of the batsmen that if I hit him a sweep, he can also bowl a fuller one.”, Yuzvendra Chahal concluded.

• Yuzvendra Chahal reveals how Rohit helped him in his transformation in the T20s.