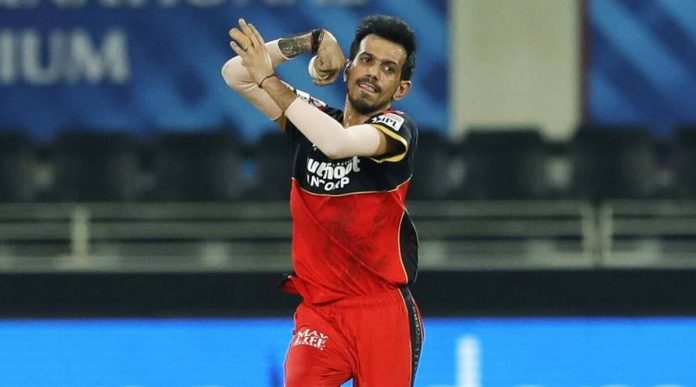 Royal Challengers Bangalore(RCB) leg-spinner Yuzvendra Chahal is seemingly happy ahead of the restart of the Indian Premier League(IPL) which is set to take place in the United Arab Emirates(UAE) from September 19.

Yuzvendra Chahal is eyeing to make an impact in the IPL

Chahal was excluded from the Indian T20 World Cup squad after a slump in his form was noted this year. The ace spinner is now bracing up himself and is eyeing to present the “old Chahal” once the IPl restarts. The campaign was abruptly suspended on May 4 citing the increasing cases of COVID-19 inside the bio-secure environment.

It was revealed that the season will resume in UAE and now the RCB star, Chahal looks confident to showcase a great performance in the coveted tournament.

In a video posted on the official YouTube channel of RCB, Yuzi said: “Obviously, the feeling was good. The heat was okay, I am happy with the way I bowled. I am pumped up, we are in a good position in the points table and we have a very good chance to stay at the top of the table. When you bowl well in the nets, you always feel good. I can say that the old Yuzi is back.”

At the time of season suspension, RCB were positioned in the third spot on the table with ten points from seven fixtures. The Delhi Capitals occupied the top spot with 12 points in eight games, followed by Chennai Super Kings and Royal Challengers Bangalore, who both are tied on 10 points. RCB will restart their campaign against Kolkata Knight Riders on September 20.

RCB have made as many as three new signings with Wanindu Hasaranga, Dushmanatha Chameera and Tim David coming in to replace Australian trio of Adam Zampa, Kane Richardson and Daniel Sams, who have pulled out of the remainder of the tournament. A backroom staff has also been recruited as New Zealand’s Mike Hesson has taken over the duties of Simon Katich as the Team Head Coach.

The tournament is set to continue until October 8, with the first qualifier scheduled on October 10. The Eliminator, second qualifier and the final will be played on October 11, 13 and 15, respectively. The T20 World Cup 2021 starts only two days after the IPL final.