It was recently revealed that the Indian wicket-keeper batsman Wriddhiman Saha was dropped from the India squad for the two-Test home series against Sri Lanka which is set to start from March 4. In interviews to different media outlets, he claimed that team management headed by head coach Rahul Dravid had told him to think about “retirement” as he won’t be considered for selection going forward. Saha also said that the BCCI president Sourav Ganguly had assured him that he shouldn’t worry about his place in the team. Amid this, Wriddhiman Saha shared screenshots of disturbing messages which he claims was sent by a journalist. 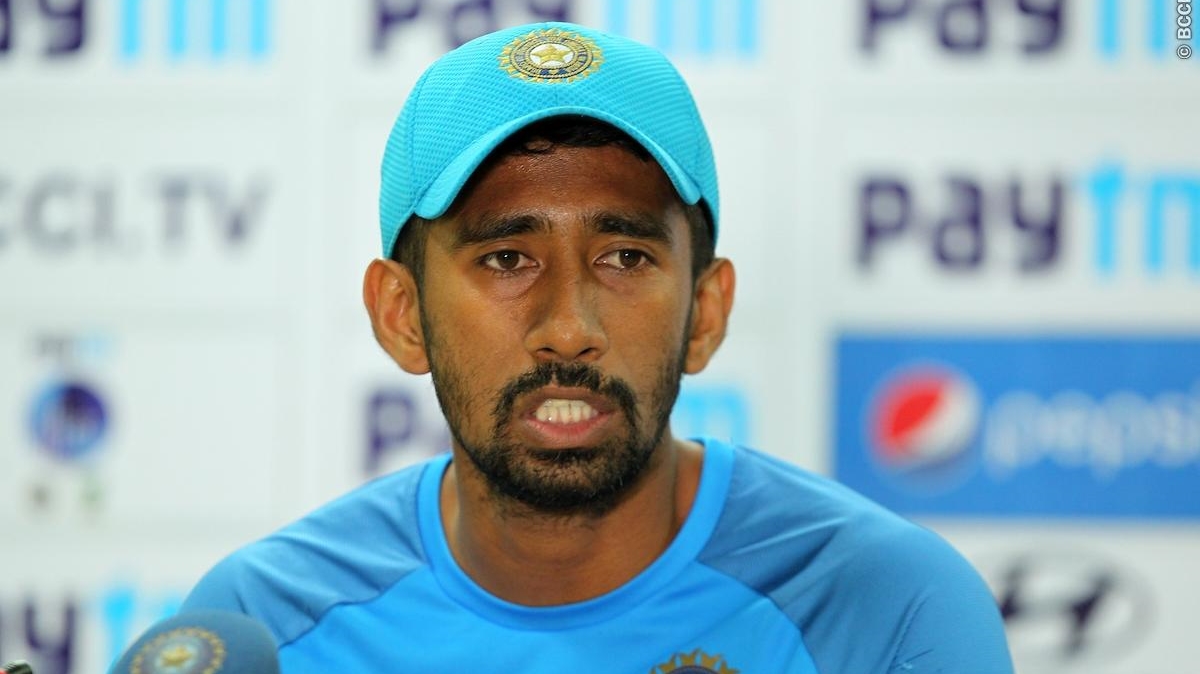 Slamming the journalist, Saha wrote on Twitter: “After all of my contributions to Indian cricket..this is what I face from a so called “Respected” journalist! This is where the journalism has gone.”

Reacting to Saha’s Twitter post, former India cricketer Virender Sehwag wrote: “Extremely sad. Such sense of entitlement, neither is he respected nor a journalist, just chamchagiri. With you Wriddhi.”

You can check out the Tweets below:

After all of my contributions to Indian cricket..this is what I face from a so called “Respected” journalist! This is where the journalism has gone. pic.twitter.com/woVyq1sOZX

Extremely sad. Such sense of entitlement, neither is he respected nor a journalist, just chamchagiri.
With you Wriddhi. https://t.co/A4z47oFtlD

On Saturday, chairman of All-India Senior Selection Committee, Chetan Sharma, announced the squads for the Test and T20I series at home against Sri Lanka. Senior players like Cheteshwar Pujara, Ajinkya Rahane, Ishant Sharma and Saha were all dropped from the Test team.

Wriddhiman Saha recently revealed that he had received a message from BCCI president Sourav Ganguly after scoring a game-saving 61 not out in the first Test against New Zealand at Kanpur.

“After scoring 61 against New Zealand at Kanpur, Dadi (Ganguly) congratulated me over WhatsApp and mentioned, ‘As long as I’m here (helming the BCCI), you would be in the team’. Such a message from the BCCI president really boosted my confidence. What I’m struggling to understand is that how things have changed so fast,” Saha told The Sunday Express, hours after the team selection announcement.

India take on Sri Lanka in a two-Test series with the first match slated to be played in Mohali from March 4. The second Test is scheduled to be held from March 12 at the M.Chinnaswamy Stadium in Bengaluru.