David Warner has been struggling for form ever since the India-leg of IPL. Since the 2021 IPL season started, Warner’s performances have gone downhill. His IPL season was so disappointing that he was sacked as the captain and dropped twice in a season for SRH. He even failed in the warm-up games and in the opening encounter against South Africa in the ongoing T20 World Cup. 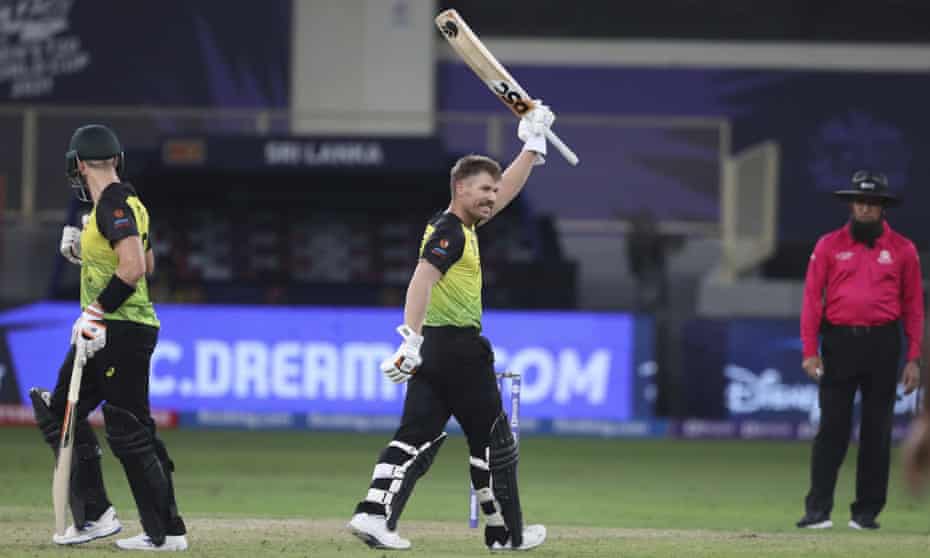 Warner gets his mojo back However, the pocket-sized dynamite got his touch back against Sri Lanka as he played a match-winning knock to take Australia home. While chasing a 155-run target, he smashed 65 off 42 deliveries, including 10 boundaries, guiding Australia to a seven-wicket win in their Super 12. Even though he was dropped early on by Kusal Perera, he made the Sri Lankans pay by returning to form.

This was Warner’s first T20 fifty since his last match as captain for SRH which was against Chennai at Delhi. Warner was involved in two solid partnerships, — 70 in 6.5 overs with skipper Finch (37 off 23 balls) and another 50 in 6.3 overs with former skipper Steve Smith (28 not out off 26 balls). In the end, the chase seemed like a walk in the park for the Aussies.

David Warner addressed the press conference after the match but before its commencement, he pulled out a Cristiano Ronaldo-like act – trying to take Coca-Cola bottles off the table. Well, he had to put them back but while doing that, he asked, “Can I remove this?”.

Soon, he was told to put them back, to which he responded, “If it is good for Cristiano, it’s good enough for me.”

Modern-day football legend Cristiano Ronaldo did the same thing in a presser during the Euro 2020 earlier this year. Reportedly, he had caused a huge dip in the market share of the beverage brand Coca-Cola as he removed two of the bottles, urging people to drink water.

The renowned soft drink firm is one of the biggest sponsors of the ongoing T20 World Cup. In fact, as per the current contract, the company is ICC’s exclusive non-alcoholic beverage partner until 2023.

• David Warner tries to pull off a Ronaldo act