Washington Sundar ruled out of the T20I series, Kuldeep Yadav named as replacement

Spinning allrounder Washington Sundar has had a tough year suffering from injuries and covid infection. Now, the budding young allrounder has suffered another setback as he is ruled out of the upcoming T20I series between India and West Indies due to a hamstring injury. 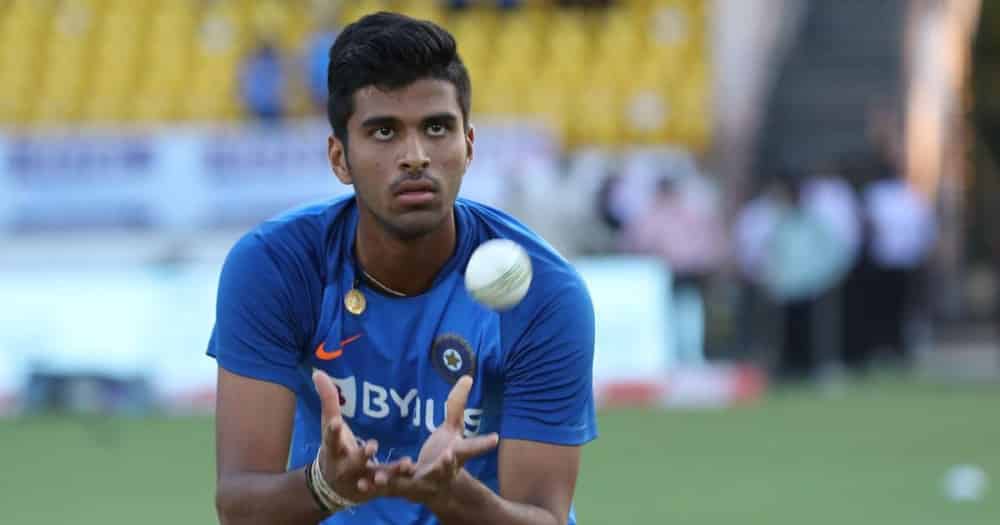 “All-rounder Washington Sundar suffered a left hamstring muscle strain during fielding in the third ODI against the West Indies played at the Narendra Modi Stadium on Friday. He is ruled out of the upcoming three-match Paytm T20I Series to be played in Kolkata from 16th February,” the BCCI said.

The #TeamIndia all-rounder suffered a left hamstring muscle strain during fielding in the third ODI against the West Indies played at the Narendra Modi Stadium on Friday.

“Washington has suffered a hamstring strain and hence didn’t practice on the day. It seems there is a possibility that he would miss the entire series with three T20 matches in just five days,” a veteran BCCI official had earlier told PTI on the condition of anonymity.

Meanwhile, the selection committee named Kuldeep Yadav as a replacement for Sundar. Sundar is set to join KL Rahul and Axar Patel in the NCA for their rehab.

Washington impressed everyone with his comeback in the ODI series against the Windies. He was playing international cricket after a long layoff ever since his injury during the UK tour in June last year.

The Chennai-based Washington came back to competitive cricket in the Vijay Hazare Trophy and was also named in the tour to South Africa. However, the allrounder tested positive before the series which ruled him out.

The 22-year-old was roped in by Sunrisers Hyderabad for a whopping Rs 8.75 cr in the recently concluded mega auction.

• Washington Sundar was ruled out of the T20I series against West Indies due to a hamstring injury.

Prateek Kumar
Previous articleFoundation stone for new NCA laid in Bengaluru
Next articleWATCH: DC owners get a taste of their own medicine as Charu Sharma makes a blunder in Khaleel’s bid