The year 2021 has been full of ups and downs for Indian batting ace Virat Kohli but he is in a positive mood with the welcoming of New Year 2022. He was recently spotted celebrating the New Year with his wife, Anushka Sharma, and also his teammates in South Africa. Virat Kohli took to social media to share photos from the celebrations. Kohli was spotted in a white t-shirt during the celebrations. 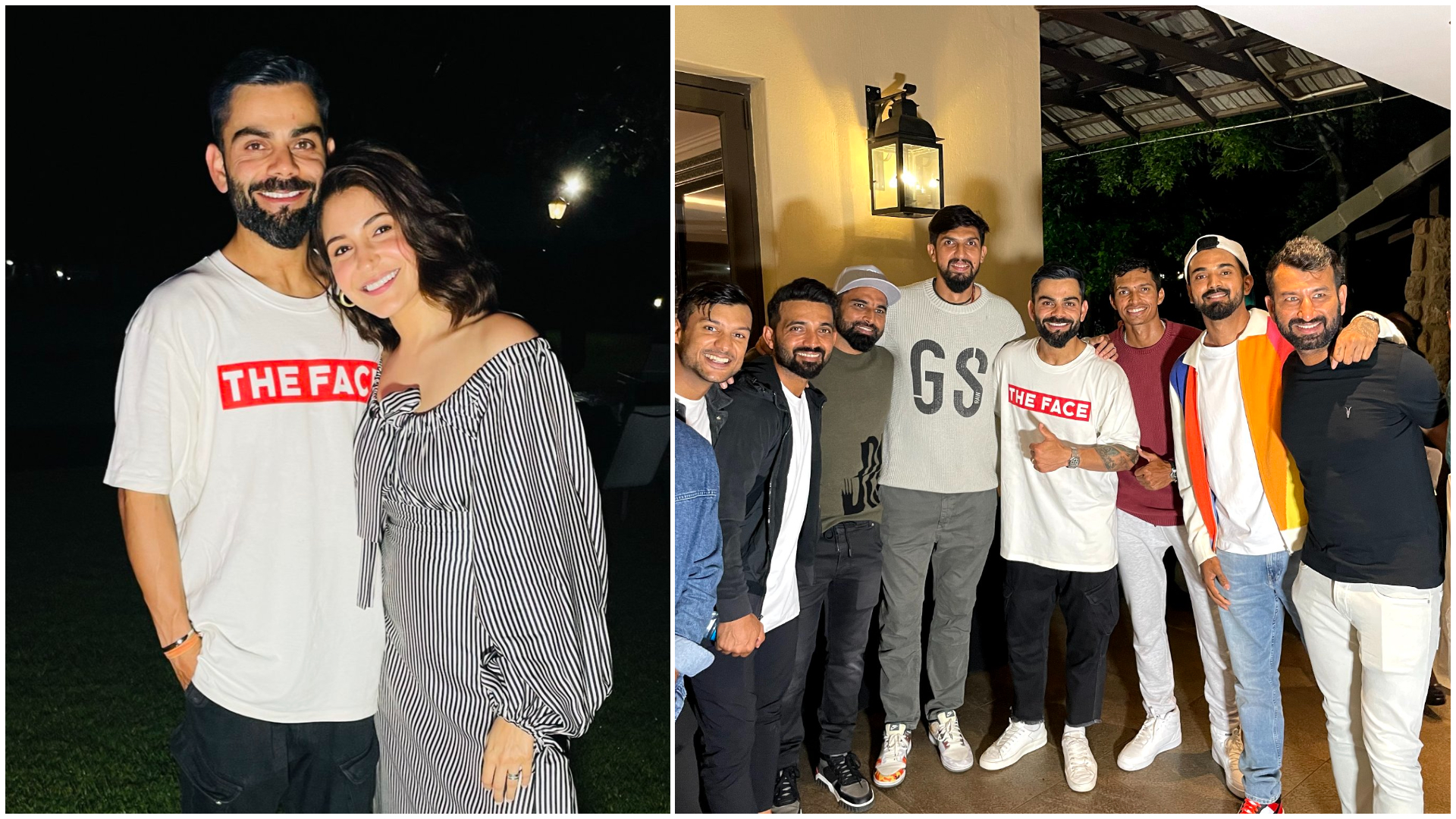 We hope everyone is blessed with joy and happiness this new year. We send you our love and positivity. ❤️ pic.twitter.com/ZI3DU0JD5m

Meanwhile, in a group photo that is being widely shared online, India cricket team players and support staff members, including head coach Rahul Dravid, wished the fans the best for the New Year.

Anushka Sharma also took to Instagram to share a clip of a cake-cutting session from the celebrations. The celebrated actor recalled memories from 2021, saying it was the year that brought the power couple “the greatest happiness”, referring to the birth of their daughter, Vamika in January last year.

Notably, Anushka and Vamika have joined Kohli on the tour of South Africa where the visitors are playing 3 Tets and as many ODIs.

Virat Kohli and his men have had an extended party time in Centurion as the team celebrated their victory in the first Test last month with dance and music at their team hotel. In a video shared by the BCCI, the likes of Kohli, Pujara and Dravid were seen shaking their legs to music along with the hotel staff.

Virat Kohli became the first Asian captain to win a Test match at Centurion. India will be hoping to seal an unbeatable lead when they take on Dean Elgar’s South Africa in the 2nd Test, starting January 3 at the Wanderers in Johannesburg.

Meanwhile, Kohli was also picked in the 18-man squad for the 3-match ODI series, starting January 19. KL Rahul was named captain while Jasprit Bumrah was picked as his deputy in the absence of Rohit Sharma who has failed to recover in time from a hamstring injury that also kept him out of the Test series in South Africa.