Virat Kohli addressed as highest and the mightiest by Amitabh Bachchan, who barely has 29m Instagram followers

Virat Kohli and Amitabh Bachchan are two of the biggest names not only in India but all across the globe. They have reached heights of success in their own fields and their fan following is widespread globally. The former Indian skipper, Virat Kohli is the most followed Indian on Instagram and boasts a staggering follower count of 172 Million. It is to be noted that no other Indian celebrity even has a follower count of 100 Million. Bollywood Superstar Amitabh Bachchan took note of the numbers and took to Instagram and posted about how ‘mighty’ Virat Kohli is. The 79-year-old acting legend also added that he barely has 29 Million Instagram followers. 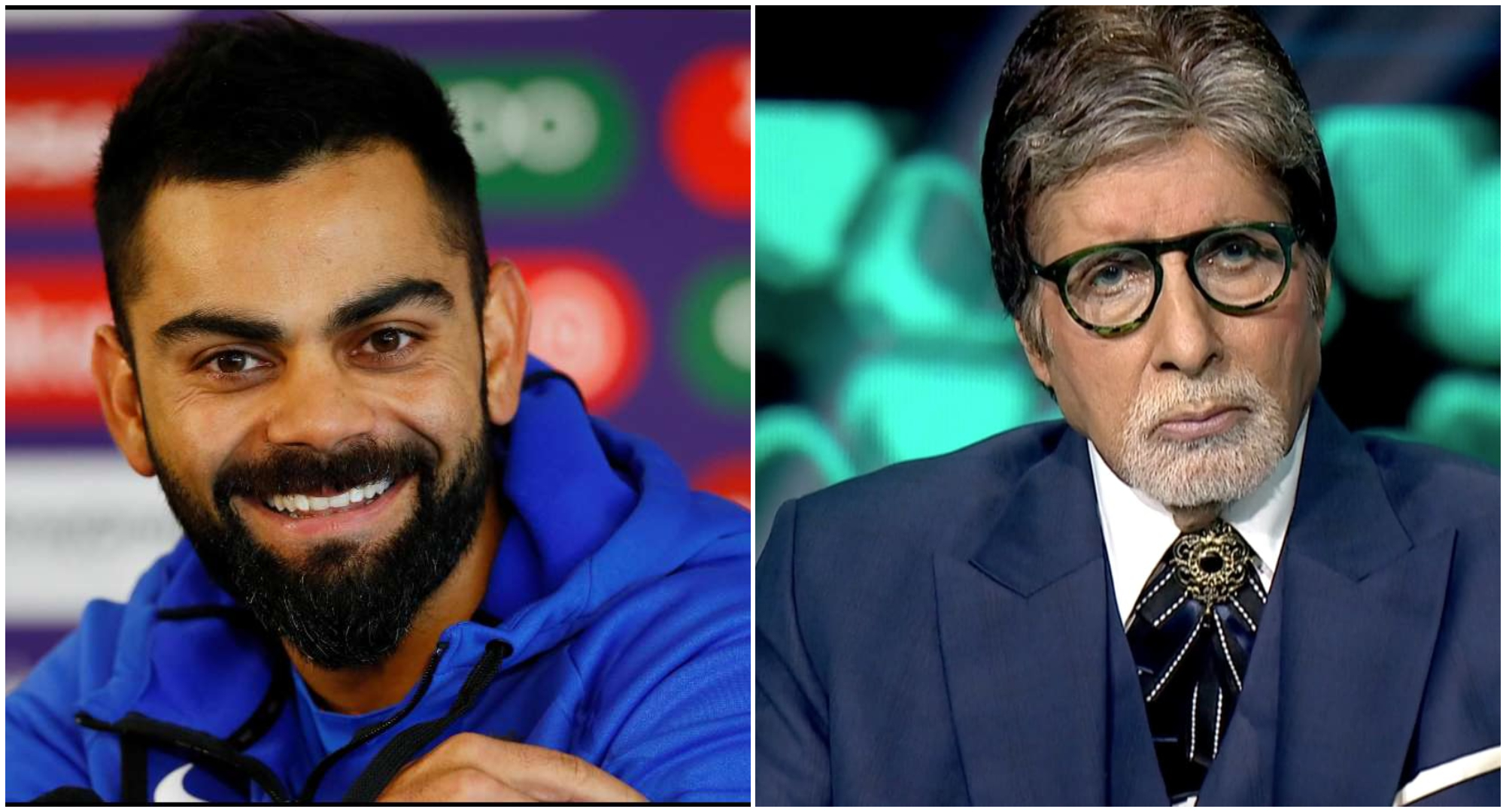 The veteran Bollywood actor took to his Instagram account and posted a picture of himself, donning an elegant tuxedo.

Here is what his caption read:

“She sent it to me .. saying to look at myself .. I did, and gave it up for others too .. that be the story behind the post .. honest truth .. and the numbers still elude .. Virat the highest and the mightiest at somewhere in 160 m plus .. and look Ma , me at barely 29 m , tux and all notwithstanding,” read the post by Amitabh Bachchan on Instagram.

The senior actor had also teased Anushka about Virat during her appearance on Kaun Banega Crorepati. He had enquired if she watches cricket only to watch Virat play, and had even blown a kiss to the camera while copying Virat who blows kisses for Anushka on the field. While Virat Kohli had also congratulated Amitabh Bachchan on his Dada Saheb Phalke Award.

The former Indian skipper MS Dhoni and batting legend Sachin Tendulkar are next in the list of most followed Indian. While Dhoni has a follower count of 36.8 Million, Tendulkar boasts of a following of 32.4 Million on the social media platform.

Virat Kohli was last seen in an Indian jersey in the 2nd Test match against New Zealand in Mumbai. The 33-year-old scored a duck in the 1st innings, the right-handed Kohli contributed 36 runs in the second essay.

Virat Kohli and the Indian cricket team will next be seen in action on 26th December 2021 when they take on the South African side in the Boxing Day Test match that will be played at Centurion. Kohli has been also removed as the captain of the Indian ODI side, and Rohit Sharma has been appointed as the new ODI skipper of the ‘Men in Blue’.

Bishal Roy
Previous articleIshant Sharma’s career in jeopardy; SA Tour could be his last assignment in the national colours
Next articleRohit Sharma reveals he enjoyed every moment playing under former skipper Virat Kohli for 5 years