The Indian captain Virat Kohli was honored by the Madame Tussauds Wax museum in Dubai as his wax statue was unveiled on Monday October 18. His statue is was seen sporting the nostalgic 1992 World Cup design jersey that the Indian team has been donning since November of 2020 when it was first revealed by the new kit makers of the Team India, MPL sport. However, this isn’t Kohli’s first wax statue at the celebrated wax museum. The Dubai branch also displayed 60 sculptures of “global stars”, including football sensation Lionel Messi, Virat Kohli, and pop singer Rihanna. And about 15 were from the region including Lebanese pop stars Nancy Ajram and Maya Diab. 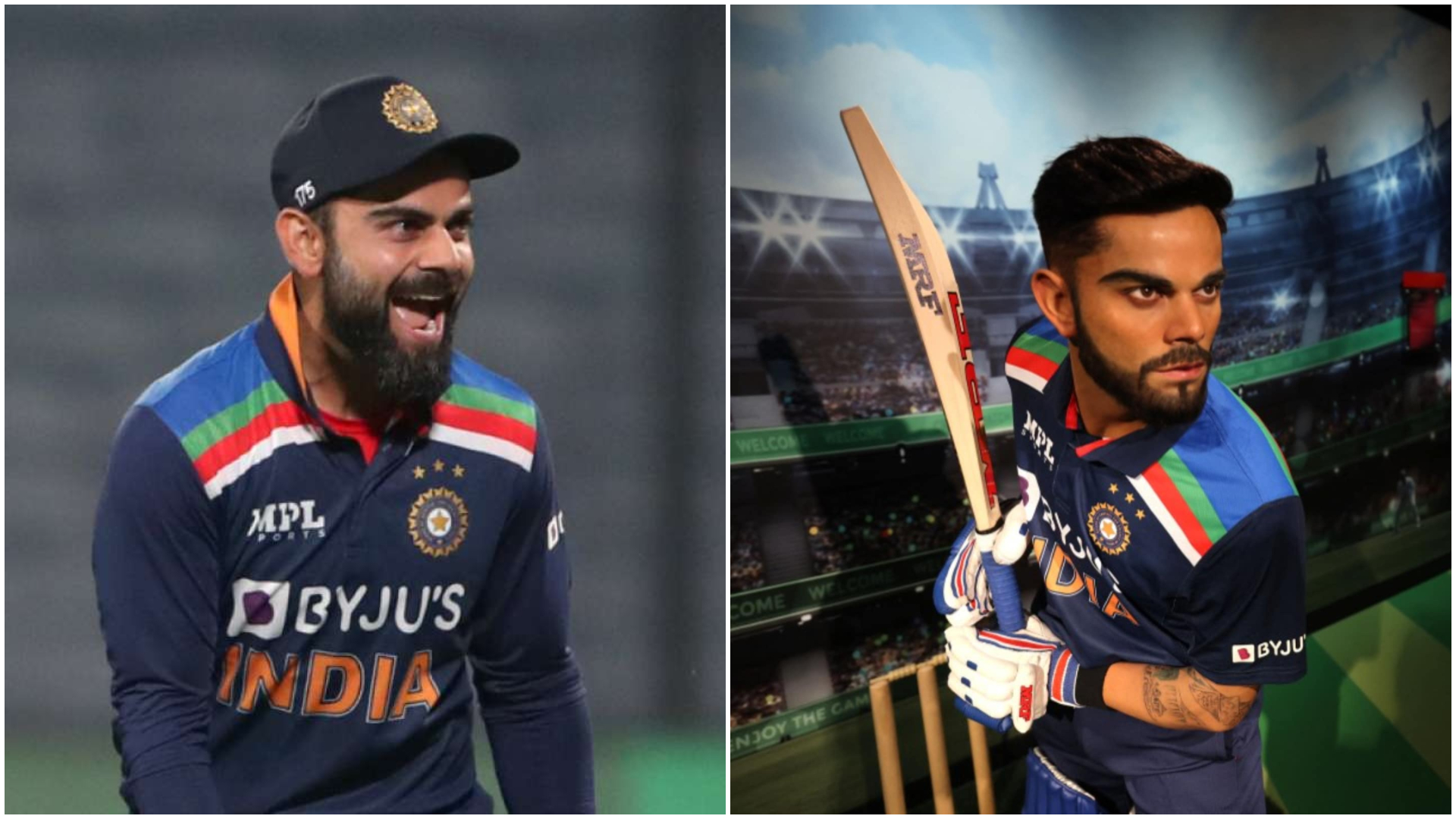 Madame Tussauds had unveiled Kohli’s first wax statue in 2018 in the Delhi museum, his second wax statue was out in England during the 2019 World Cup in England. The latest statue shows Kohli’s in India’s navy blue jersey. The official kit makers of the Indian team have unveiled a new look jersey for the T20 World Cup 2021, which India donned in their first warmup match against England recently.

The brand, which began life in London where it flaunts 250 wax sculptures that draw millions of visitors annually, also has smaller branches in the United States, Europe and Asia.

“We have opened our doors on the 14th of October this year very close to Expo 2020,” Sanaz Kollsrud, general manager of Dubai’s Madame Tussauds, told AFP.

“We expect many visitors locally and internationally to come in. We have chosen the talents that are relevant and popular in the region”, added Kollsrud.

Virat Kohli recently announced that he will step down as India’s T20I skipper after the world cup in the shortest format. India had won the tournament in its inaugural edition in 2007 in South Africa and made it into the finals in 2014 as well in Bangladesh.

Kohli will look to finish his stint as the skipper on a high note this time around. He had won the Player of the Tournament in the last two editions of the T20 World Cup in 2014 and 2016. The Men in Blue will kick-start their campaign against arch-rivals Pakistan at the Dubai International Cricket Stadium on October 24.

The Men in Blue have a perfect record against their arch-nemesis in T20 World Cups and 50-over World Cups as the two sides have locked horns in five T20 World Cup matches and India emerged winners every single time.