Asia Cup 2022: Virat Kohli hails Babar Azam as one of the top batters in the World

Two of the modern greats, Babar Azam and Virat Kohli, have shown a lot of mutual respect for each other. Azam’s tweet in support of an out-of-form Kohli took the cricketing World by storm. Babar’s action was hailed by legends and experts and Kohli too had replied to the tweet a day later. 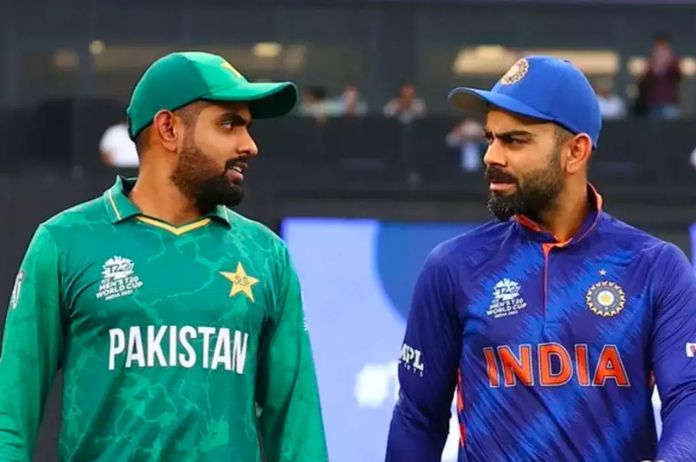 The two once again took centre stage on social media ahead of blockbuster India versus Pakistan tie in the Asia Cup when Kohli and Babar met during their practice sessions. And ahead of the big match in Dubai, Kohli revealed his small conversation with the Pakistan star and was full of praise for him, hailing Babar as “one of the top batters in the world across formats”.

Virat Kohli opens up on his conversation with Babar Azam Speaking to Star Sports ahead of the India-Pakistan game, Kohli talked about his relationship with Babar, beginning from his first meeting with the 27-year-old at the 2019 World Cup and praised the Pakistan captain for staying grounded despite the success he has tasted in world cricket.

“The first interaction I had with him was in the 2019 World Cup after the game in Manchester. He and Imad. I knew Imad from my U-19 days because of him I’ve played against. Imad said Babar wanted to have a chat and so we sat down and spoke about the game. I saw a lot of regard and respect from him from Day 1 and it hasn’t changed regardless of the fact that he is now one of the top batsmen in the world right now across formats and has been performing so consistently. And rightly so,” Kohli said.

Babar is currently the only batter in the World who is in the top three ICC rankings in all three formats. Further hailing Babar, Virat Kohli admitted that he will go a long way in his career and that such players “keep world cricket exciting”.

“He has amazing talent and I’ve enjoyed watching him play. It hasn’t changed because he is performing well and I don’t see his attitude and approach changing towards me which is a very good sign of someone who is very grounded in the foundation of his upbringing. These kinds of players and characters go a long way and inspire a lot of people. I congratulated him yesterday for how he has been playing and he deserves all of this. Eventually, you need to have players like him to keep world cricket exciting and that is the reality of the situation,” he added.

• Virat Kohli praised Babar for his humble attitude despite his big achievements recently.

Big Boost for Team India: Rahul Dravid recovers from COVID-19, expected to join the camp before the Pakistan clash