WATCH: Virat Kohli gifts his jersey to a fan after his 100th Test

Virat Kohli’s 100th Test was a memorable one as India defeated Sri Lanka by an innings and 322. Although Kohli scored only 45 runs and missed scoring his 71st ton, he made a fan’s day after India completed a dominating performance in the series-opening first Test against Sri Lanka in Mohali.

Virat Kohli became just the 12th Indian to play 100 tests. The elite list includes the likes of Sachin Tendulkar, Rahul Dravid, Sourav Ganguly among others. Virat was also facilitated by his childhood hero and current head coach Rahul Dravid ahead of the first test. Later, when it was India’s turn to the field, new Test captain Rohit Sharma and other teammates gave Kohli a guard of honor to mark the milestone.

Virat Kohli thanks fans in a special video posted by him 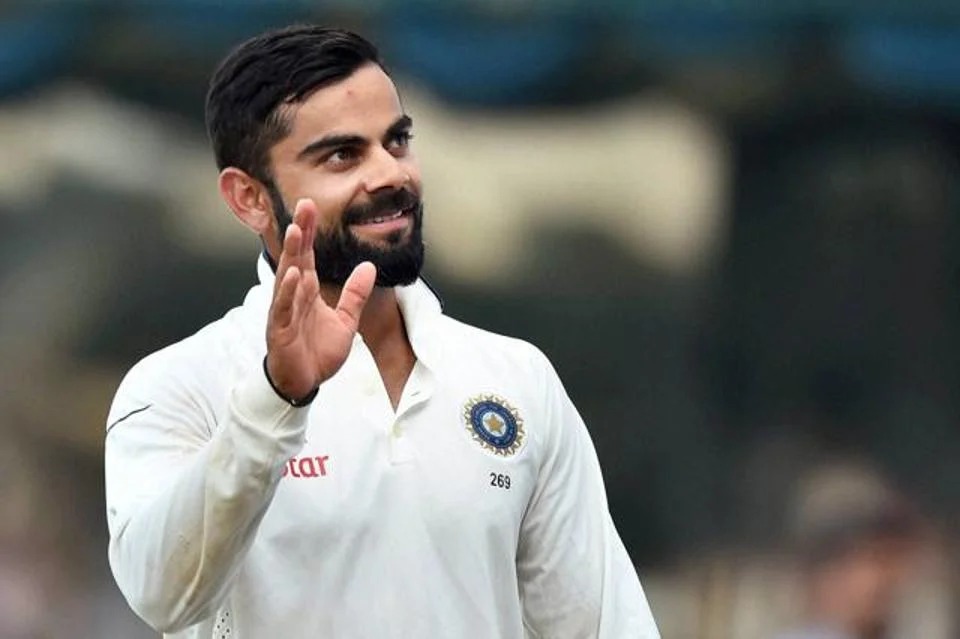 On Sunday evening, Kohli shared a video on his social media accounts thanking fans for the journey. “Been a long journey to get here. Full of ups and downs and learnings. Would not have had it any other way. Thank you for all your support,” Kohli captioned the video

“Thank You. To all my family, teammates, coaches, and BCCI. You have made this journey beautiful. Onwards and Upwards,” read a message in the video.

Been a long journey to get here. Full of ups and downs and learnings. Would not have had it any other way. Thank you for all your support 🇮🇳🙏🏻 pic.twitter.com/Q5Vdtz8s1K

Kohli’s 100th Test was taken over by the historic all-around performance of Ravindra Jadeja. Ravindra Jadeja became the first male player to make a 150-plus score and take nine wickets in a Test. Jadeja scored an unbeaten 175 helping India to a mammoth 574/8d.

Then he weaved his magic with the ball as well taking a five-wicket haul to skittle Sri Lanka for 174 as India enforced the follow-on. In the second dig, he took four more wickets to bowl out the tourists for 178 helping his team to an innings victory.

• Virat Kohli gifts his jersey to a special fan after his 100th Test.

• India defeat Sri Lanka by an innings and 322 runs.

ALSO READ: INDIA BEAT PAKISTAN IN THEIR OPENING CLASH AT THE WOMEN’S WORLD CUP 2022 EXTENDING THEIR UNBEATEN RECORD TO 4-0

Prateek Kumar
Previous article
India beat Pakistan in their opening clash at the Women’s World Cup 2022 extending their unbeaten record to 4-0
Next article
Sunil Gavaskar doesn’t think Shane Warne comes under the category of “Greatest”, angers Twitter with his comments