WATCH: Virat Kohli gets out for a golden duck in the 1st over against LSG

Lucknow Super Giants (LSG) are off to a flying start as Dushmanta Chameera dismissed Virat Kohli, RCB’s former skipper for a golden duck in the very first over. The Sri Lankan quick dismissed opener, Anuj Rawat, on the 5th ball of the 1st over thanks to a good catch from skipper KL Rahul at mid-off. 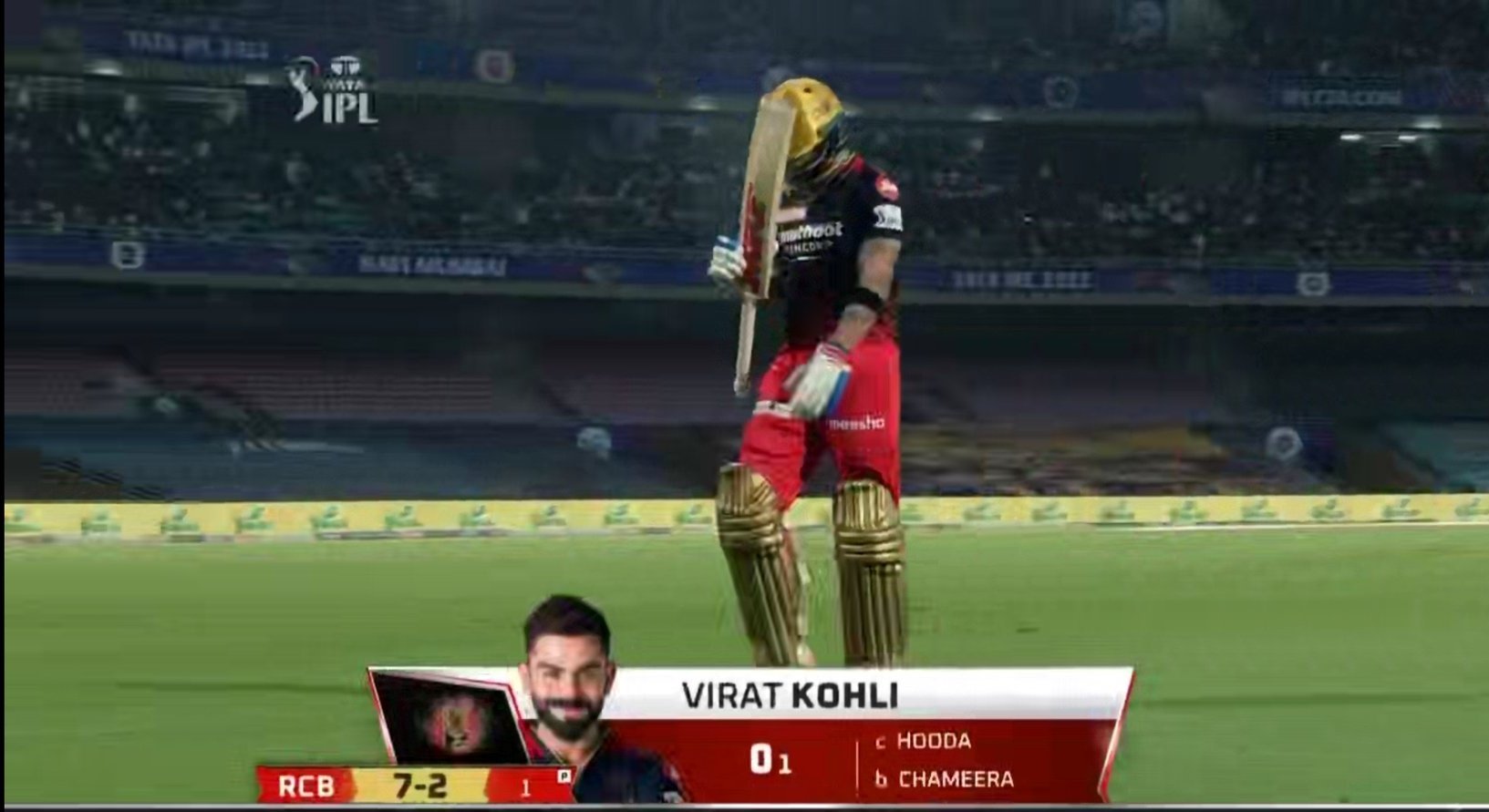 The former Indian skipper came into the crease in the first over for the first time in this season. Kohli flirted with a bowl just outside off which bounced from a good length. As a result, the ball flew into the hands of Deepak Hooda who was standing at a backward point. Virat Kohli stood with disappointment as he registered another dismissal while playing a shot away from his body. The whole stadium watched in shock as the modern-day great went back to the dressing room. Kohli registered his first duck since IPL 2017, as his IPL 2022 goes from bad to worse.

This season, Kohli has been runout twice and was a victim of a close LBW decision against MI. The highest run-scorer of IPL is yet to play a big knock this season. His poor form is a concern for not only RCB but the Indian team as well.

Earlier in the game, Lucknow’s skipper won the toss and elected to bowl. Both teams have fielded the same playing XI maintaining their winning combination. Now, LSG is currently on top by picking two wickets in the first over. Now RCB skipper Faf and their best batter of last season Glenn Maxwell have the responsibility of rebuilding the innings. Glenn Maxwell has started with his counter-attacking batting in the powerplay.

• Virat Kohli gets out for a 1st ball duck against LSG.

• Chameera picks two wickets in the first over against RCB