Umran Malik, 21-year-old pacer from Jammu and Kashmir, clocked in excess of 150 kmph twice during his spell against Kolkata Knight Riders. However, KKR defeated SRH by 6 wickets as they chased 116 in the last over. 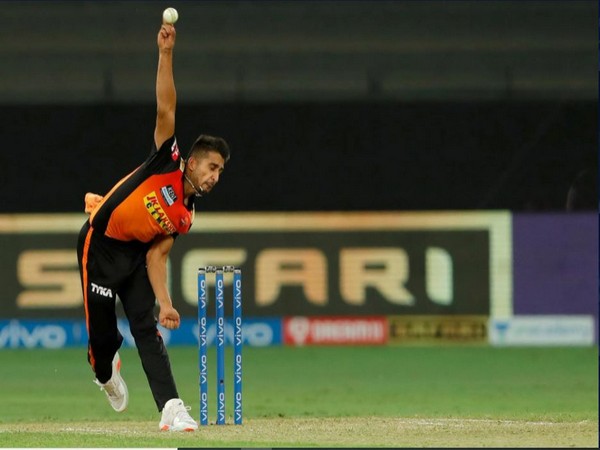 Sunrisers may have lost their match against Kolkata Knight Riders but they might have unearthed India’s next pace sensation in Umran Malik. Malik, who was playing his debut IPL game, impressed everyone with his raw pace which can rattle the opposition.

Umran Malik clocked 150 kmph in only his third delivery of the IPL, which became the fastest bowl bowled by an Indian in IPL 2021. Malik’s fastest ball in the match clocked 151.03 which entered the top four fastest balls this season.

Good to see a young man like Umran Malik with some serious pace about him.

Even though Umran Malik ended up wicketless, he conceded only 27 runs in his debut game. He constantly rattled experienced IPL campaigner Nitish Rana with his quick pace during his spell. Umran Malik wasn’t bought in the auction by any franchise. Malik was earlier a net bowler for SRH. He came in as a replacement player for T Natarajan who was found to be Covid positive before the start of the second leg.

During the match, it was revealed that former cricketer Irfan Pathan had scouted Malik during his time with the Jammu and Kashmir team. Irfan revealed that he worked on Malik’s run-up, jump and alignment. 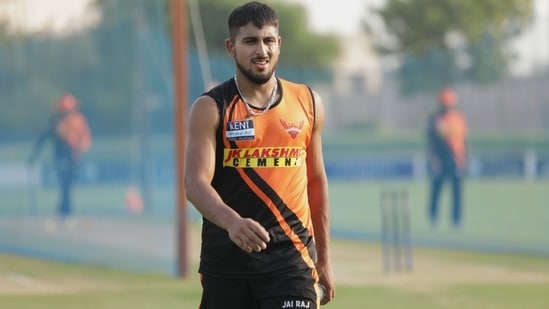 Irfan also told VVS Laxman, who is a mentor for SRH, about Umran Malik. Malik was then picked as a net bowler for SRH and impressed everyone in the nets. According to Irfan, David Warner was unable to put his bat on the ball during a net session with Umran.

Former cricketer Gautam Gambhir asked the BCCI and NCA to take Umran under their wing as he can be a future prospect for the Indian team. Other cricketers also asked the cricketing authorities to keep an eye out for Malik so that he doesn’t get lost in the shuffle.

Prateek Kumar
Previous articleTop five performers in the second week of IPL 2021
Next articleLucky with that no-ball on 80: Smriti recalls the moment when she got a life