Tarak Sinha, the childhood coach of Pant, Dhawan, and Nehra passes away at 71

Tarak Sinha, who is also known as ‘Ustad Ji, passed away on Saturday morning after fighting from prolonged disease. Sinha was 71 and such was his devotion to cricket that he never thought of getting married. He was a father figure to many aspiring cricketers of Delhi’s renowned Sonnet cricket Club which has produced some of the finest Indian cricketers.

“It is with a heavy heart we have to share this tragic news of Shri Tarak Sinha, the founder of Sonnet Club, who has left us for heavenly abode at 3 am on Saturday after a brave battle with lung cancer for two months,” the Sonnet Club said in a statement.

For five decades, Tarak Sinha nurtured, groomed, and managed the raw talent and through his club gave them a platform to perform and wings to fly. Deservingly, Sinha was conferred with a lifetime Dronacharya Award in 2018.

Some of his earlier disciples include the likes of Surinder Khanna, Manoj Prabhakar, the late Raman Lamba, Ajay Sharma, Atul Wassan, Sanjiv Sharma all of whom ruled Delhi cricket and also played for India. 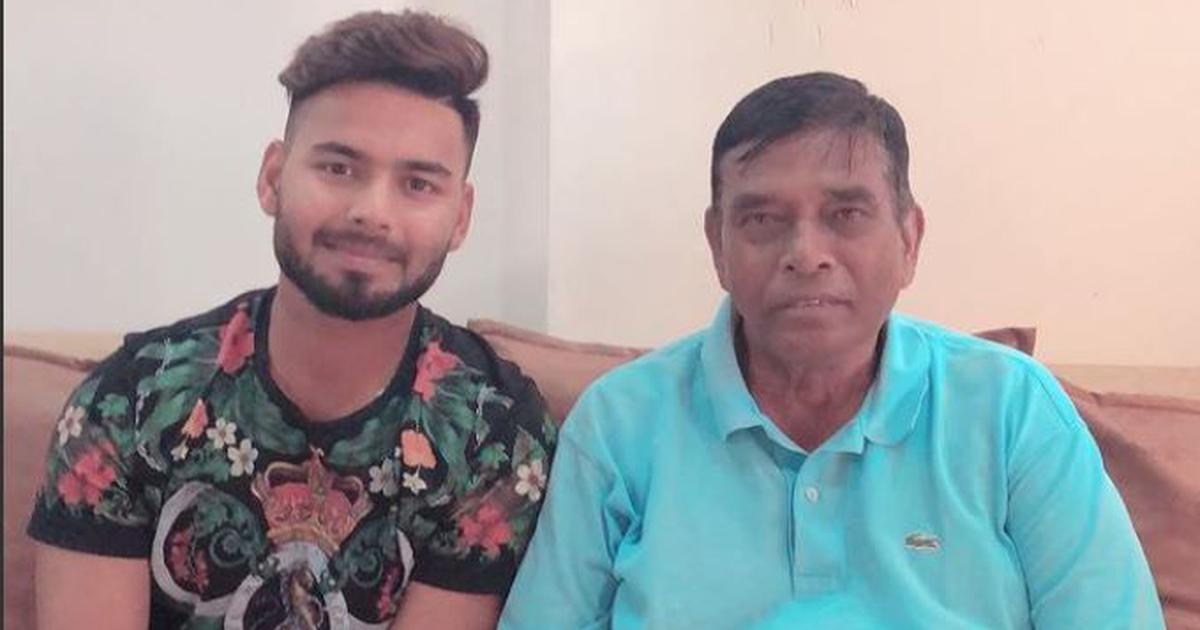 Rishabh Pant took to Twitter to pay his respect to his mentor, coach, motivator, biggest critic, and greatest fan.

Pant wrote: “My mentor, coach, motivator, my biggest critic and my greatest fan. You took care of me like your son, I am devastated. You will always be with me whenever I walk out onto the field. My heartfelt condolences & prayers. May your soul rest in peace, Tarak sir.”

My mentor, coach, motivator, my biggest critic and my greatest fan. You took care of me like your son, I am devastated.💔 You will always be with me whenever I walk out onto the field. My heartfelt condolences & prayers. May your soul rest in peace, Tarak sir. 🕊️🙏 pic.twitter.com/kLE7qlKMXK

Other big names in the cricket fraternity also took to Twitter to pay their respects to one of the greatest servants of Indian cricket.

Feel a lot of pain on the demise of passing away of Ustaad ji #TarakSinha .
He was one of the rare coaches who gave India more than a dozen Test Cricketers & the values he inculcated in his students helped Indian cricket immensely.Condolences to his family and students. Om Shanti pic.twitter.com/cbd089C8Zb

Ustaad Ji is no more. Dronacharya Awardee. Coach to over a dozen India Test cricketers. And scores of first-class cricketers. Both men and women. Without any institutional help. Your service to Indian cricket will be remembered, sir. May your soul R.I.P.
Om Shanti 🙌🙏 pic.twitter.com/fDmvdJC8vZ

My heartfelt condolences to the family, friends and trainees of Tarak Sinha Sir. Never met him but heard so many inspirational stories from Nehra and @cricketaakash His contribution to Indian Cricket will be forever remembered. May his soul Rest In Peace. Om Shanti 🕉️ https://t.co/NIxI8111H9

A Dronacharya awardee, he founded the Sonnet Club in Delhi, which has long been the home of 🇮🇳's top cricketers.

Our condolences to his family and close friends. pic.twitter.com/frzKbT6Bx9