Tamil Nadu clinched their second consecutive and third overall Syed Mushtaq Ali Trophy as they defeated domestic giants Karnataka in the finals of the league on Monday at the Arun Jaitley Stadium. Power hitter Shahrukh Khan, who was termed as India’s Pollard by Kumble, was the star of the show as he stole the show with a last-ball six. Tamil Nadu not only have successfully avenged their 1-run defeat in 2019 final as they broke Karnataka hearts with Shahrukh Khan’s last-ball six but also ended Karnataka’s perfect record in the finals of domestic while-ball tournaments.

Karnataka posted only 151 on a good batting pitch after recovering from a top-order wobble. Abhinav Manohar hit a crucial 47 in the middle-order which took Karnataka to a fighting score. However, Manish Pandey’s men game all guns blazing on the field.

Hari Nishanth hit a quickfire 23 from just 12 balls, giving Tamil Nadu a strong start in their run- chase but he was run-out after which Karun Nair got the wicket of Sai Suddharsan in the 8th over.

Opener Narayan Jagadeesan struggled to get going in the middle overs as the wicketkeeper along with Vijay Shankar let the asking rate shoot up due to lack of boundaries. Jagadeesan managed only 41 from 56 balls while captain Shankar was dismissed for 18 from 22 balls. 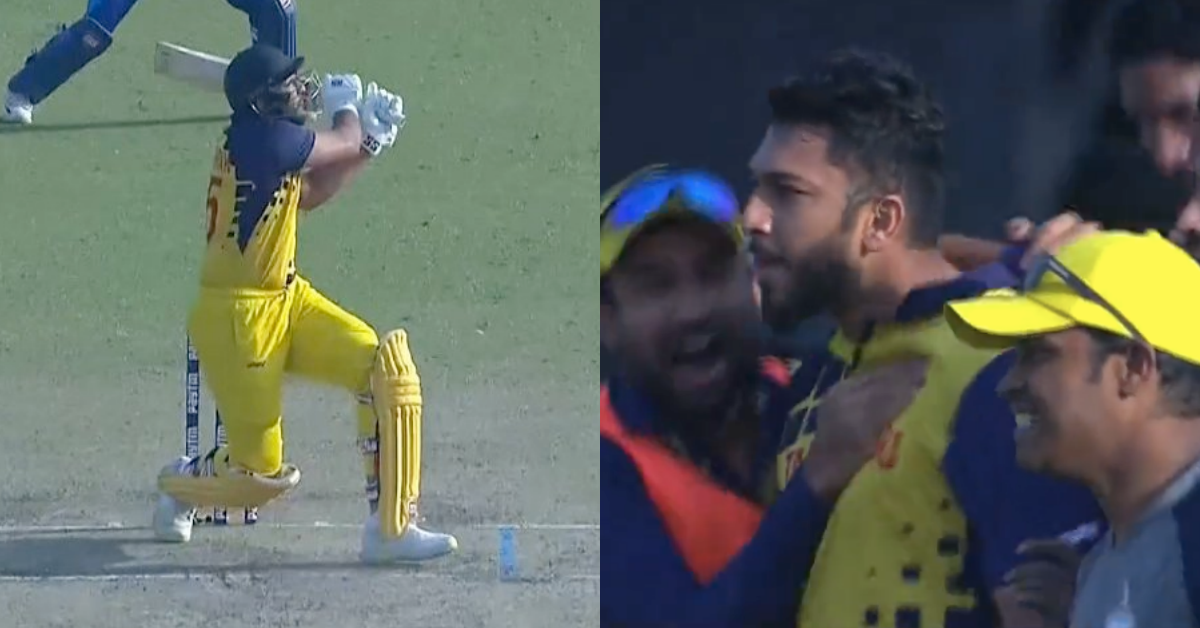 Tamil Nadu needed 57 runs in 22 balls when Shahrukh Khan walked into the middle. The Punjab Kings power-hitter kept his composure and hit 3 sixes and a boundary. Tamil Nadu needed 16 runs in the last over but Sai Kishore and Shahrukh made sure the defending champions got past the finish line.

Left-arm pacer Prateek Jain tried to hit the boot of Shahrukh Khan but the big-hitter picked up the delivery and flicked it into the mid-wicket stands and set off for a victory celebration lap.

Tamil Nadu hold their nerve & beat the spirited Karnataka side by 4 wickets to seal the title-clinching victory. 👏 👏 #TNvKAR #SyedMushtaqAliT20 #Final