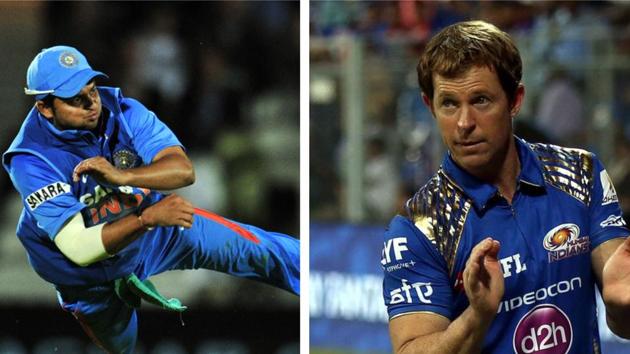 The banter started with Mr. IPL AKA Suresh Raina originally posted a photo on the social media platform, where he can be seen sitting in a car. Raina captioned it as “#weekendvibes”

Suresh received a fun reply from one of the greatest fielders in world cricket, Jonty Rhodes.

The 52-year-old South African posted a picture of himself sitting on a train and stated that his seat looked “more comfortable” than Raina’s. The fielding great wrote, “My train seat looks more comfortable than your ride @ImRaina”.

After Rhodes’ reply, Raina paid tribute to the legend and also showed respect. “I am sure @JontyRhodes8. You totally deserve it. Hope to get on that train with you sometime soon”, he wrote. 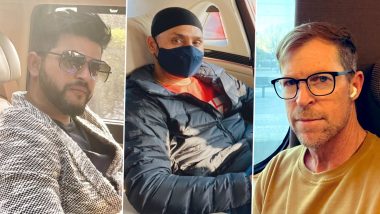 Watching the duo’s exchange, legendary spinner Harbhajan Singh joined in the action and shared a picture of himself sitting in a luxury car.

Harbhajan further carried on with the banter after reaching home. He posted two photos of him with his car and asked the duo, “I have reached Home @JontyRhodes8 @ImRaina have you ??”

The three legends were recently seen together in the IPL 2021 played in UAE. Jonty Rhodes was the fielding consultant of the Punjab Kings. Harbhajan Singh was a part of the runner-up Kolkata Knight Riders. Whereas Suresh Raina was a part of the IPL winning team Chennai Super Kings.

Both Raina and Harbhajan were released by their respective franchises. It would be interesting to see where they land up or if they will be picked by anyone given they are at the twilight of their career.

• All three legends compare the comfort of their ride