Sanju Samson has never been able to convert his talent into consistent performances. He has represented India in one ODI and 10 T20Is but has failed to make an impact. Sunil Gavaskar believes that his poor shot selection may be a reason for his downfall.

Like every IPL season, Sanju Samson started IPL 2021 with a bang. He scored a magnificent hundred which came in a losing cause against Punjab. However, he failed to deliver consistently after the hundred. This has become a pattern for the Kerala-born cricketer for over the years now.

What has led him down is the shot selection: Sunil Gavaskar on Sanju Samson 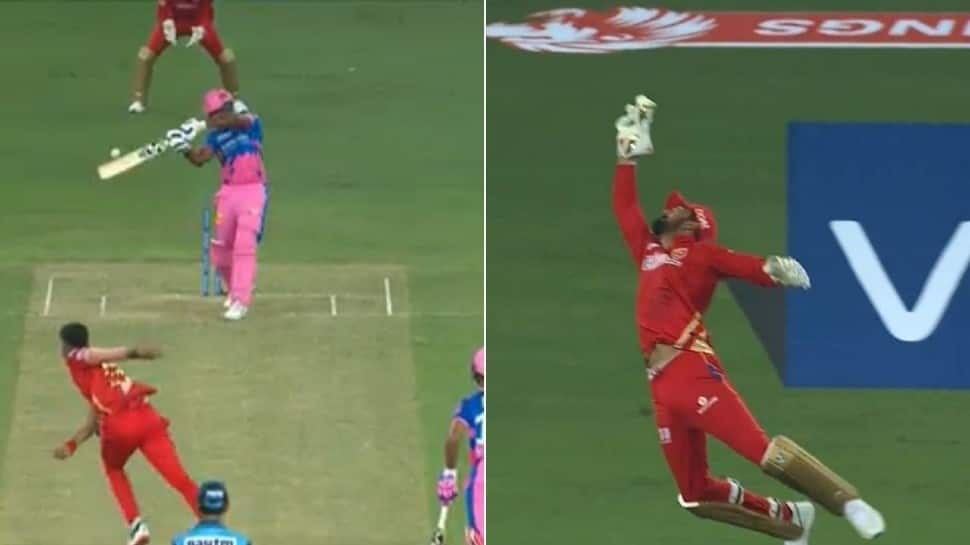 Former Indian captain and legendary batsman Sunil Gavaskar believes that poor shot selection has led to his downfall. According to him, Sanju looks to hit every ball out of the park which isn’t possible. He wants Sanju to maneuver the ball and get set before unleashing.

“What has led him down is the shot selection. Even at the international level, he doesn’t open the batting there. He was the second or the third wicket down. And he looks to hit the first ball out of the ground. That is impossible.

That is absolutely impossible even if you’ve been in the richest vein of form. You have got to maybe knock it around for maybe twos and threes and get the feet moving and then look to play,” Gavaskar said on Star Sports.

It is unlikely that Sanju will get a chance again for the men in blue in the near future. Sanju wasn’t able to cash-in on the opportunities he got in Sri Lanka. Now, Rishabh Pant and Ishan Kishan have moved up on the pecking order.

There is no doubt that Sanju possesses a special kind of talent. But it is important to convert the talent into regular performance. He will have to work on his temperament and shot selection. According to Gavaskar, this is what separates the men from the boys.

“That is something he is going to watch out for. Because otherwise, it is going to be a waste of such God-given talent. I have always said that a lot of shot selection boils down to temperament. That is what separates the men from the boys. And therefore, for him to go on and be a regular player for India, his shot selection has to be that much better,” said Gavaskar.

ALSO READ: FORTUNATE TO PLAY A BIG ROLE IN SOMETHING SPECIAL: KARTIK TYAGI REACTS AFTER A CAREER DEFYING PERFORMANCE
- Advertisement -