Steve Smith’s Australia suffered a nine-wicket defeat at the hands of Team India in the warm-up game on Wednesday, October 20. Indian bowlers restricted Australia to 152/5 at the ICC Academy Ground in Dubai and chased the target runs smoothly after the likes of Rohit Sharma, KL Rahul, and Suryakumar Yadav smashed the Aussie bowlers. The Men in Blue chased the score in 17.5 overs. Now Steve Smith reckons that Team India are the favourites to be the champions of the high-profile tournament. The veteran Australian batter said the Indian side comprises several match-winners and would be a team to beat in the competition. 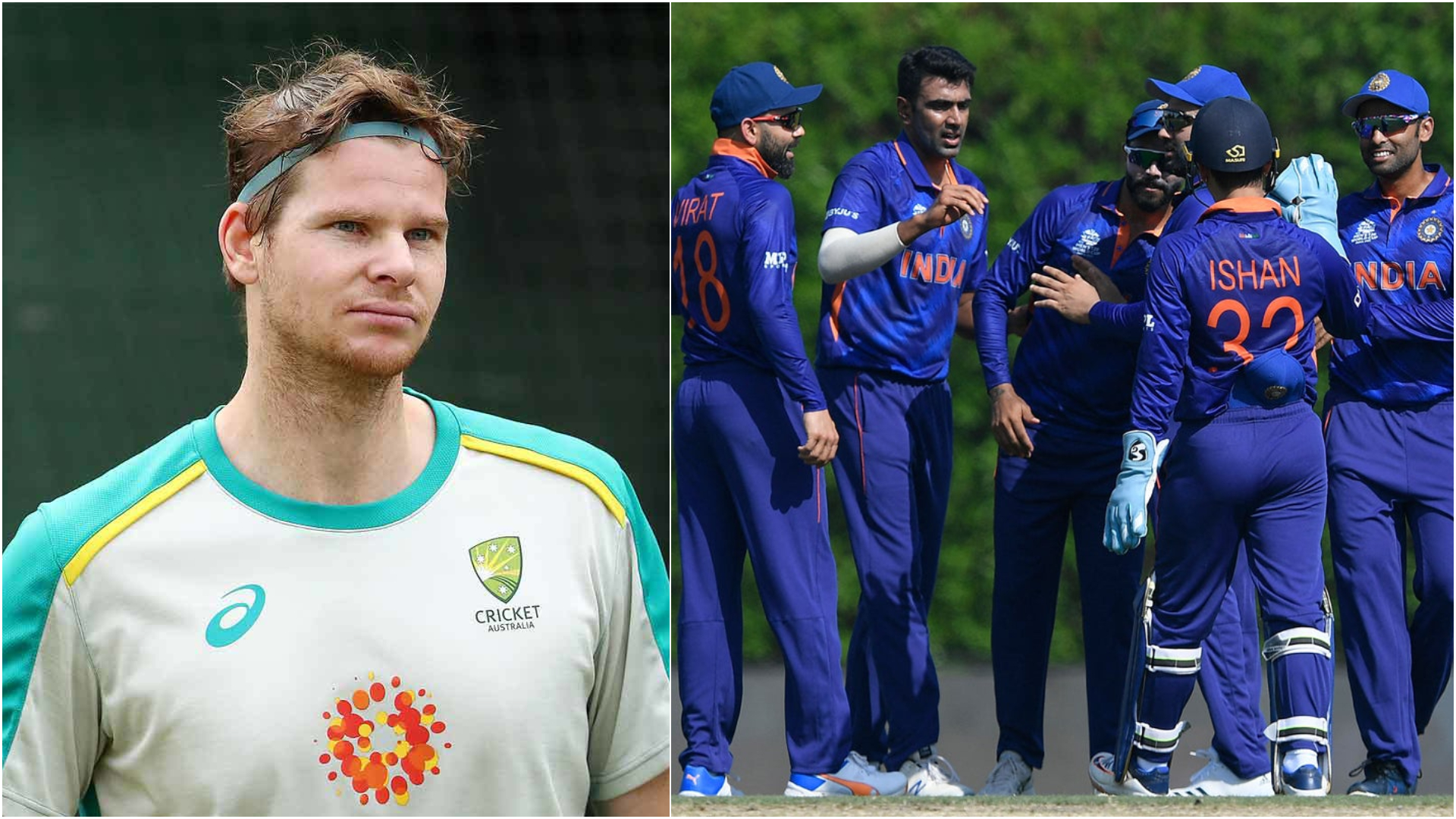 The former Aussie skipper scored 57 off 48 deliveries but was dismissed by Bhuvneshwar Kumar. Smith, in an interaction after the match, spoke about Team India. He believes that the Men in Blue have got all the bases covered. Smith was quoted as saying by ‘Sydney Morning Herald’: “They (India) are a terrific side, they have got all bases covered and some serious match-winners in there”

Steve Smith further said that the Indian players are accustomed to the conditions of UAE having played the IPL. The Aussie believes they would certainly use that to their advantage.

He said: “They’ve obviously been playing in these conditions during the last couple of months with the IPL so they’ll be used to that,” he added.

In the warmup game, Glenn Maxwell and Marcus Stoinis scored 37 and 41 respectively. Smith crossed the 50-run mark for the first time since he struck 86 for New South Wales against Queensland in March this year. Speaking of his performance, the 32-year-old it was good to spend time in the middle.

“It was nice to spend a bit of time in the middle again. It’s never easy when you’re three down. You have to rebuild for a period there and I thought we did that pretty well. The partnerships with Stoinis (Marcus Stoinis) and Maxi (Glenn Maxwell) were obviously important,” he asserted.

The Men in Blue will kick-start their campaign against arch-rivals Pakistan at the Dubai International Cricket Stadium on October 24.The Men in Blue have a perfect record against their arch-nemesis in T20 World Cups and 50-over World Cups as the two sides have locked horns in five T20 World Cup matches and India emerged winners every single time.