Stephen Fleming, the head coach of Chennai Super Kings(CSK) recently spoke about the resumption of the Indian Premier League (IPL) which was previously marred with the outbreak of COVID-19 cases in the bio-bubble.

Stephen Fleming: “It’s like a fresh start another tournament” 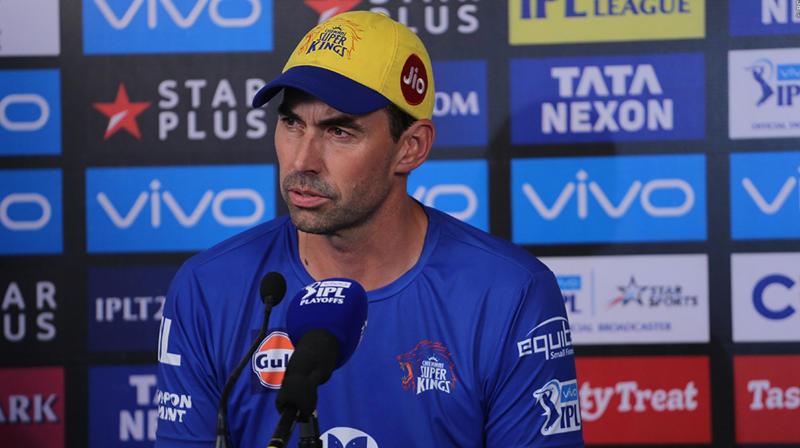 IPL has been played in different countries and due to COVID-19, it came to an abrupt halt. Now after a break of four and a half months, the second phase of the season will be played. This 14th edition of the tournament has seen several obstacles and it is nothing less than a unique season itself. The former Kiwi skipper Stephen Fleming stated that the split in this season will now pose different challenges.

IPL 14 is set to resume on Sunday with CSK taking on two-time defending champions Mumbai Indians. Ahead of the huge clash, Fleming shared his thoughts while speaking to CSK TV.

Stephen Fleming noted how players are coming in from CPL and International cricket and stated “that’s the beauty of the IPL” as “they come with great experience and tie them all together. He is “really happy with the work that is being done here.”

Due to strict bio-bubble protocols, and also the fear of contracting the COVID-19, or other personal reasons, many players have already pulled out before the resumption. Thereby, the franchises had to act quickly and find suitable replacements.

He further spoke about the rivalry between MI and CSK as he said the MI play well against CSK but from a coaching point of view he wants the game to be underway to understand which are the areas to work on. He is looking forward to the match and he expects a good encounter on Sunday evening.