Disney Hotstar and Star Sports who currently have the broadcasting rights for the IPL are expected to pocket huge cash from advertising sales this year. Reportedly, they are ON-TARGET to cross the magical figure of 4200-4400 Crore in advertising revenues from IPL 2022 this year. According to the industry sources, the official broadcaster has already sold 90% of the inventory for IPL. Not only the broadcaster but the official LIVE streaming partner Disney Hotstar is also creating a new ad-sales benchmark this year. 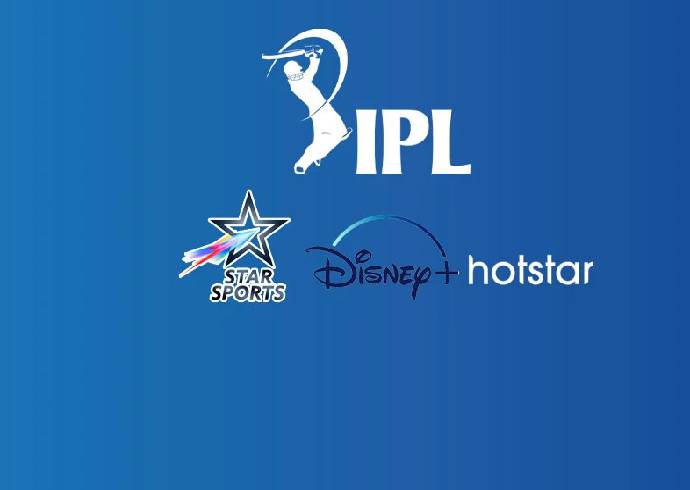 The industry estimates also say that HOTSTAR is looking good to cross 600-650 Cr in IPL Advertising this year. This clearly means IPL 2022 will easily cross 5,000 in Advertising this year for Disney Star Network. As per InsideSport, Star had increased the rates by almost 20% for ON-AIR Sponsorship packages this year.

The IPL broadcaster had garnered 3200 Cr in advertising revenues from IPL 2021. With increased rates, the number of matches & 2 more teams, this year they are expected to garner more and meet their target of 5,000 crores.

“IPL 2022 is very special. It will have 10 teams, will be played in India, will have a new format & most importantly new composition of the teams. All of these put together has created a huge amount of buzz in the market & Star is rightfully encashing this buzz”, said one of the buying heads at a leading media buying agency.

How many sponsors have Disney and Star Sports signed? “There is heightened interest from advertisers across categories for the upcoming season of Tata IPL owing to the addition of new teams, thus an opportunity for them to reach out to a new set of audiences,” Nitin Bawankule, head – ad sales, Disney Star, said in a statement recently.

“All key features including Super 4s, Super 6s, Fall of Wickets, and Milestones have sold out on our platform,” he added.

Prateek Kumar
Previous article
Suresh Raina and Ravi Shastri set to join commentary panel in the IPL 2022
Next article
“IPL around the corner”: Virat Kohli expresses excitement for the upcoming IPL 2022 with his new tweet