Sourav Ganguly, the BCCI President and prince of Kolkata is set to ring the iconic bell at the historic Eden Gardens which will signal the start of the 3rd T20I between India and New Zealand. Sourav Ganguly set to ring the bell at the Gardens

The Eden Garden is set to host the third and final T20I between India and New Zealand at the Eden Gardens stadium. This will be the first international game hosted by the iconic stadium since the start of the Covid pandemic.

Sourav Ganguly, who was recently appointed as the chairman of the ICC cricket committee, has played a huge role in establishing and developing Eden Garden and Bengal cricket. Sourav Ganguly served as the President of BCA before getting promoted to the leadership position at the BCCI. Now, Ganguly will return to his hometown for the final T20I encounter between India and New Zealand. 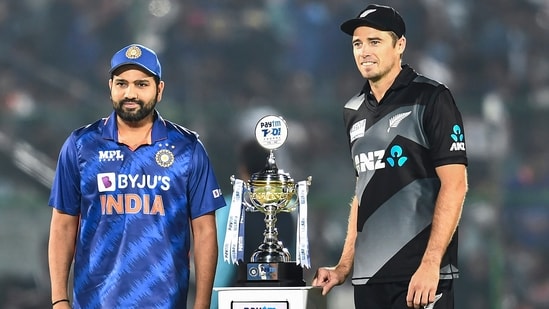 However, team India would want to travel to Kolkata with the series already in the bag. Currently, India leads the three-match series 1-0 after beating the Kiwis in a thriller at Jaipur. In the first T20I, Rohit Sharma and his men produced a complete performance to down their opponents. The Kiwis finished with a total of 164/6 in their 20-over quota.

And, the Indian side romped past the finish line with 5 wickets and 2 deliveries to spare. Suryakumar Yadav scored a magnificent 62 with the willow to steer India to victory. The Rohit-Dravid era has started on a positive note.

ALSO READ: DIE-HARD FAN OF MS DHONI WALKS 1436 KM TO CATCH A GLIMPSE OF THE LEGEND

Prateek Kumar
Previous articleDie-hard fan of MS Dhoni walks 1436 Kms to catch a glimpse of the legend
Next articleA Tribute or a Taunt?: AB De Villiers’ clip of the dismissal shared by Ex-Indian pacer