BCCI President Sourav Ganguly opened up on the challenge of organizing the prestigious Ranji Trophy after two years in a Covid hit world. The Ranji Trophy will finally get underway from 10 Feb and will be played in two phases. 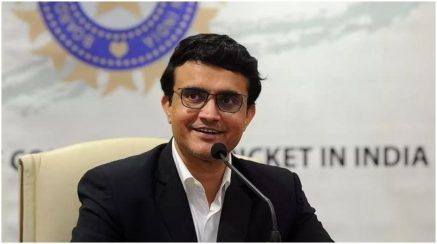 The Ranji Trophy had to be canceled for the season 2020-21 and the start of this year’s season was also postponed due to rising cases. Sourav Ganguly opened up on the challenge the board had to face in organizing the marque event in India.

“Obviously, we missed one year of Ranji Trophy – the 2020-21 season. It is the most important tournament in India, and we always wanted to organize it. But what the world has seen in the last two years, I don’t think it has happened in anybody’s lifetime. So keeping all these things in mind, it was actually a challenge to organize any tournament,” said Ganguly.

We organized the Cooch Behar Trophy and there came the third wave. On the first day itself, 50 players contracted the virus. So, it is not easy. But we are lucky that we can still conduct tournaments. We still have our fingers crossed that everything goes smoothly.”

The news comes as a huge relief for the domestic players, who have been hit both professionally and financially. For years, the Ranji Trophy has given Indian cricket superstars, and while the coming season will provide a platform for the next generation of Indian cricketers to shine, it could also see certain veteran cricketers going back to get back some form. 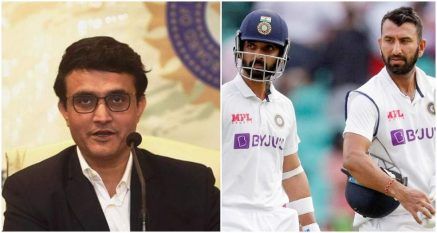 Two such veterans who are desperately searching for form are Ajinkya Rahane and Pujara, who some years ago were the mainstays in the Indian team. However, for the past two years, the experienced campaigners have been underperforming.

Sourav Ganguly, who himself had gone back to playing Ranji Trophy after his ouster from the Indian team in 2005, where he scored heaps of runs and returned stronger, said that Rahane and Pujara can get their form back if they choose to go back and play the tournament.

“Yeah, they are very good players. Hopefully, they will go back to Ranji Trophy and score a lot of runs, which I am sure they will. I don’t see any problem [for them to go back to domestic cricket after playing so much international cricket]. Ranji Trophy is a huge tournament, and we have all played the tournament,” Ganguly told Sportstar.

• Sourav Ganguly is confident that Rahane and Pujara can gain confidence by scoring runs in Ranji.

• Ganguly opens up on the challenges faced by the Indian board in organizing Ranji Trophy.