BCCI President and former Indian skipper Sourav Ganguly had tested positive in the last week of December. However, the infection was not fatal and Ganguly was discharged after four days of hospitalization as it could be managed in home isolation. “Ganguly’s samples tested positive for the Delta plus variant. We are treating him for that,” the official said.

Ganguly, who was discharged on Friday after testing negative for the Omicron variant, will remain in home isolation for the next fortnight under doctors’ supervision, he said. 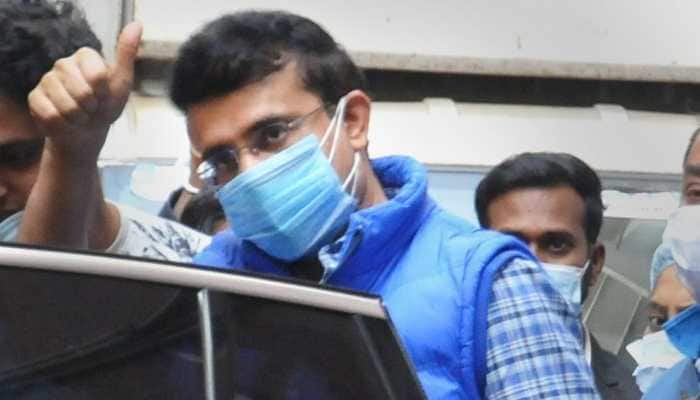 Sourav Ganguly, who is double vaccinated, was rushed to the Woodlands Multispeciality hospital on Monday night as a precautionary measure after his RT-PCR test came positive for COVID-19. He was admitted to the hospital twice earlier this year and underwent emergency angioplasty after having complained of cardiac issues. Sourav Ganguly’s brother, Snehasish Ganguly, had also tested positive for COVID-19 early this year.

Sourav Ganguly, being the head of the BCCI had a busy 2021. The BCCI was responsible for organizing the 2nd half of the IPL and T20 World Cup in UAE. Around the time of the T20 World Cup, the former India captain went to the UAE and more recently has been taking part in several media interactions. Not too long ago, the BCCI president also took part in a BCCI AGM Festival match at the Eden Gardens in Kolkata, where Ganguly’s Board President XI lost to Jay Shah’s Secretary XI. This involved extensive traveling on Sourav’s part which might be the cause of him catching the Delta plus variant.

• Ganguly was rushed to a city hospital after he tested positive for Covid in the last week of December.

Prateek Kumar
Previous articleMichael Atherton advises English players not to miss international duty for IPL
Next articleHarbhajan Singh claims there have been many villains in his cricketing career, blames Dhoni for not backing him