There is a huge possibility of 13-0: Sourav Ganguly gives his verdict on India and Pakistan clash 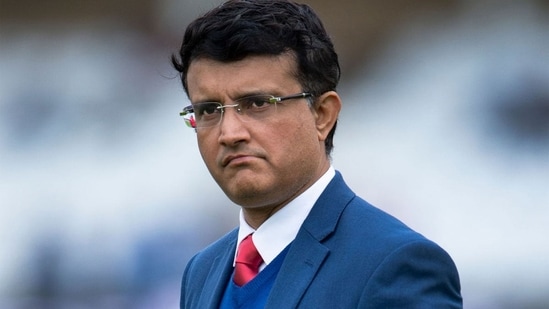 Now, the legendary Southpaw has given his verdict ahead of the India-Pakistan clash on Sunday. He feels Virat Kohli’s men would be able to continue their winning streak against the arch-rivals and extend their dominance.

“Yes, there is a huge possibility of 13-0 happening and India extending their unbeaten streak against Pakistan in this World Cup. All the players in this Indian team are genuine match-winners and fingers crossed, this team can finally end our 10 years wait of winning a world cup,” Ganguly told ABP News

“Pakistan is also a good team. If one or two players click, then anything can happen. To win the mental battle is important. I feel it will be a great match.”

It’s been more than eight years since the Indian team won an ICC Trophy. Since 2013, India has entered each ICC event as one of the favorites. They have even made it to the top four. But despite being strong contenders, the Indian team hasn’t been able to go all the way.

Sourav Ganguly defended India believing it is not possible to win the trophy each time. But he is hopeful and feels India is a big contender to win this time.

“India won the World Cup in 2011, as well as in 2007. We played the final in 2003 and 2014. Even in 2017, we played Champions Trophy final but lost to Pakistan. Indian cricket is so strong that we will keep getting chances to play the final. Even this year we are hopeful. India is a big contender, but fingers crossed,” he added.

ALSO READ: Can India cope up with World Cup pressure in bio bubbles?

Prateek Kumar
Previous articleIPL 2022: Deepika Padukone and Ranveer Singh are reportedly set to bid for new franchise
Next articleWasim Akram picks Suryakumar Yadav as the most impactful player of the T20 World Cup