Indian opener Smriti Mandhana and veteran Harmanpreet Kaur slammed centuries in India’s third World Cup encounter against the West Indies, guiding India to a massive win. The Indian team came back strongly in the competition after their defeat to hosts New Zealand just a couple of days ago. 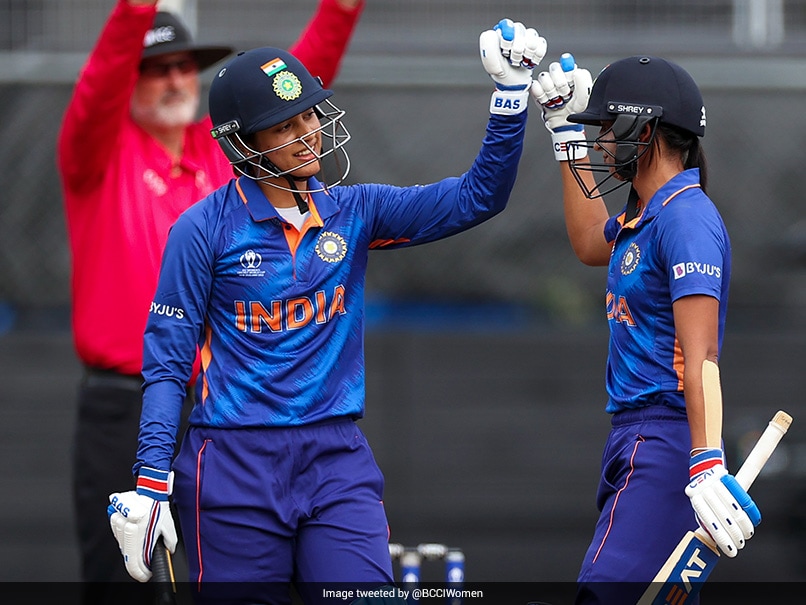 Mandhana and Harmanpreet’s record 184-run stand took India to 317/8 before all-round bowling restricted the West Indies to 162 in reply. India won the contest by a record margin of 155 runs thanks to the duo’s and Indian bowlers’ efforts.

We both contributed equally for us to score 300, it’s good for us to share the trophy: Smriti Mandhana Smriti Mandhana smashed her fifth ODI ton and scored a sensational 119 off 123 balls studded with 13 fours and two sixes. On the other hand, Harmanpreet Kaur smashed her first ODI ton since her astonishing 171 against Australia in the 2017 Women’s World Cup. Kaur had 10 hits to the fence and two maximums in her 107-ball 109, which was her fourth ton overall.

“I think we both contributed equally for us to score 300. It’s good for us to share the trophy. Both of us are good enough contenders to get this (award). I believe ICC has enough budget to give both of us separate trophies (laughs)” Mandhana added.

India is now placed in the top four among eight teams after this win, behind Australia, New Zealand, and South Africa in the overall standings.

• Smriti Mandhana shares her Player of the Match award with Harmanpreet Kaur.

• India defeat West Indies by 155 runs and jump to 4th place in the points table.