Lucknow Super Giants(LSG) and Gujarat Titans(GT) have made their Indian Premier League(IPL) debut as they are battling it out for their first IPL win at the Wankhede Stadium. Shubman Gill pulled off a stunning catch in the early overs which is likely to be a contender for the Catch of the Tournament. Varun Aaron came up with a quicker delivery as he bagged his first wicket. It was a luring short ball that was pitched outside off. Evin Lewis went for the pull shot but got a top edge. The ball went up high in the air over mid-wicket. However, it landed in the safe hands of Shubman Gill. 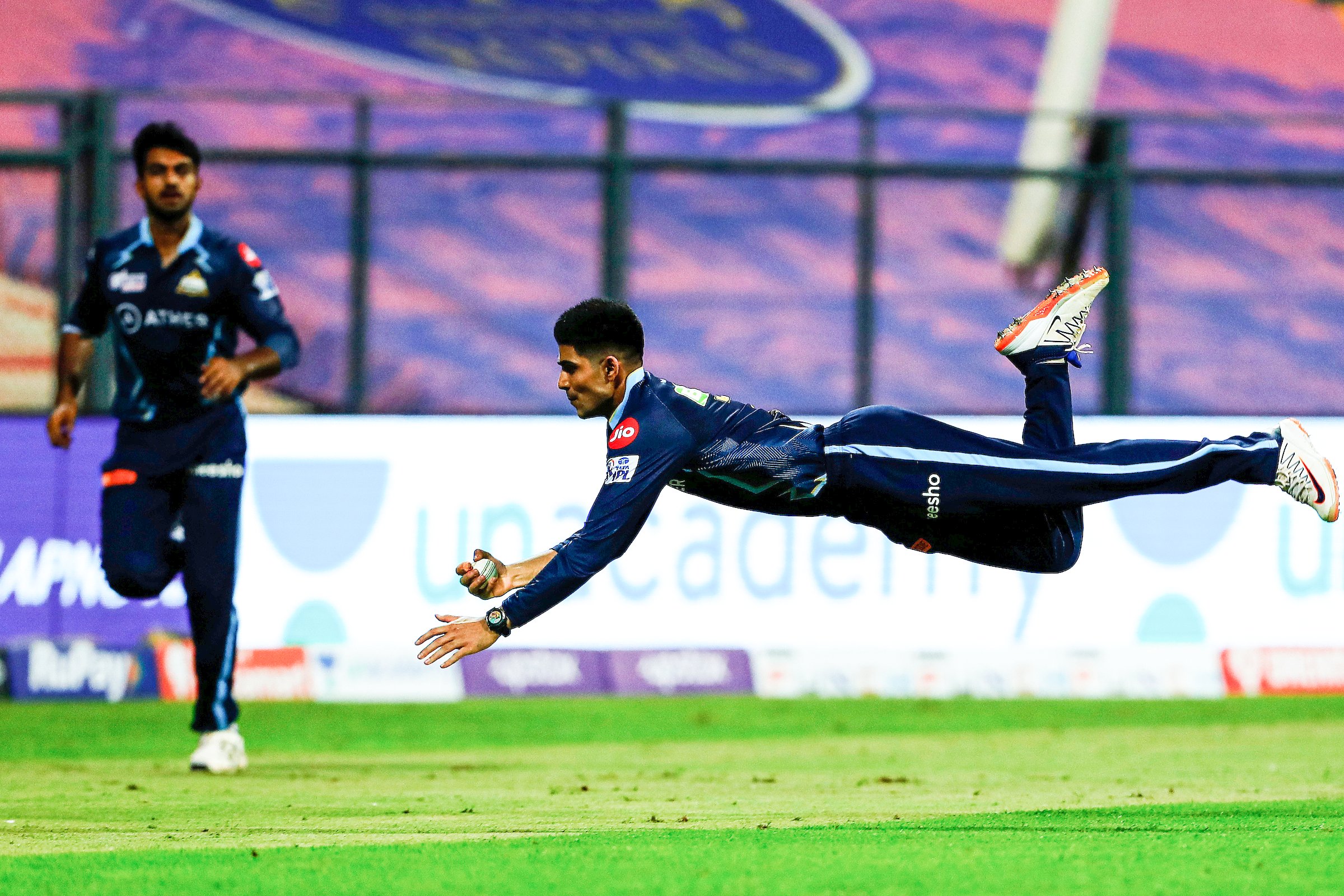 Shubman Gill ran back and kept his eyes on the ball till the last minute and plucked the ball out of thin air. It was a difficult catch but he made it look so easy as Gujarat Titans are piling up pressure on LSG.

You can check out the video clip of the stunning catch below:

Gill was released by the Kolkata Knight Riders (KKR) ahead of the IPL mega auction. He was then picked by the Gujarat franchise from the draft list for ₹8 crore.

Previously, the former Indian batter Aakash Chopra has predicted that Gujarat Titans (GT) opener Shubman Gill will have his best season during the ongoing Indian Premier League (IPL) 2022. Analyzing the Gujarat squad ahead of their opening clash against the Lucknow Super Giants (LSG), Chopra said on his YouTube channel:

“For the Gujarat Titans, obviously Shubman Gill should open. I think this will be his best season. There is a time in your life when you feel things are going to change. KKR released him and I think Gujarat is going to benefit from it.”