IPL 2021: David Hussey praises India’s young guns Shubman Gill and Nitish Rana; says they are about to shock the world

Kolkata Knight Riders (KKR) had a forgettable first leg of IPL 2021 as they managed to win only two of out seven games. One of the main reasons behind their failure was their inconsistent opening pair consisting of Nitish Rana and Shubman Gill.

The young opening pair couldn’t provide a great start to the KKR innings. Even when they provided a start, the runs were coming at an average strike rate. Openers set the tone and provide a base for the batting side. Hence, KKR were unable to score the par totals.

Indian Opener Shubman Gill scored only 132 runs in the first seven games, which is not impressive considering the amount of talent he possesses. On the other hand, Nitish Rana, who had a wonderful start to the tournament, scored 201 runs. Rana is also the leading run scorer for KKR this season so far.

I think they are about to shock the world: David Hussey on Shubman Gill and Nitish Rana 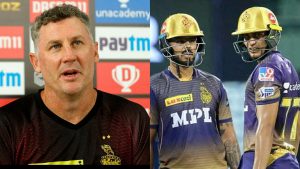 However, Kolkata Knight Riders chief mentor David Hussey believes the duo can “shock the world” with their batting this time around. Optimistic Hussey pinned his hopes on the duo, calling them the ‘next generation of Indian players’.

“They both are quality players, they are determined to do very well for the team and for themselves and they have a taste of international cricket now,” Hussey told ESPNcricinfo

“I think they are about to shock the world that they are the next generation of Indian players, not just for one or two series but for perhaps a decade, so if they get going look out for them in the IPL.”

David Hussey optimistic about KKR turning things around once again. 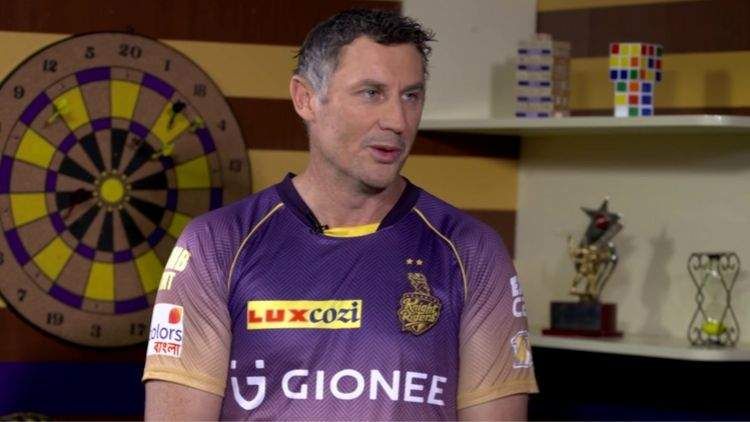 KKR are currently in seventh position in the IPL 2021. They were in a similar position in 2014, where they won nine consecutive games and won the IPL. Hussey believes that KKR can once again achieve this feat.

“All we have to do is win this … We have done it before and so we can do it again… I feel we have the squad to do it also. You qualify for the finals and the whole competition starts again,” he said.

David Hussey further stated that KKR coach Brendon McCullum is determined to prove a point this time. He wants to show that KKR can go all the way to the finals and win the league.

“Brendon has been phenomenal, been very consistent, whether we are winning or losing. He has been a consistent person, this time there is a bit of determination in Brendon, he really wants to show that this squad can go a long way in the tournament.”

ALSO READ: IPL 2021: RISHABH PANT REVEALS WHAT HE IS DOING IN ORDER TO GET ACCLIMATIZED TO UAE HEAT AHEAD OF IPL 2021

Prateek Kumar
Previous articleIPL 2021: Rishabh Pant reveals what he is doing in order to get acclimatized to UAE heat ahead of IPL 2021
Next articleIPL 2021: VVS Laxman sees the brighter side of the abrupt halt of the tournament