The former Pakistan cricketer and bowling legend Shoaib Akhtar recently spoke about Team India’s performance in the ongoing T20 World Cup. He believes that not everything is going in the right track for Virat Kohli and co. The Men in Blue have had a forgettable campaign till now in the mega event as lost both their matches in the Super 12. They suffered a dominating defeat at the hands of Pakistan by 10 wickets in the first outing while, New Zealand next in line thrashed them by eight wickets on Sunday at the Dubai International Cricket Stadium. Now, Shoaib Akhtar reckoned that Team India might be facing some internal turmoil in the squad. 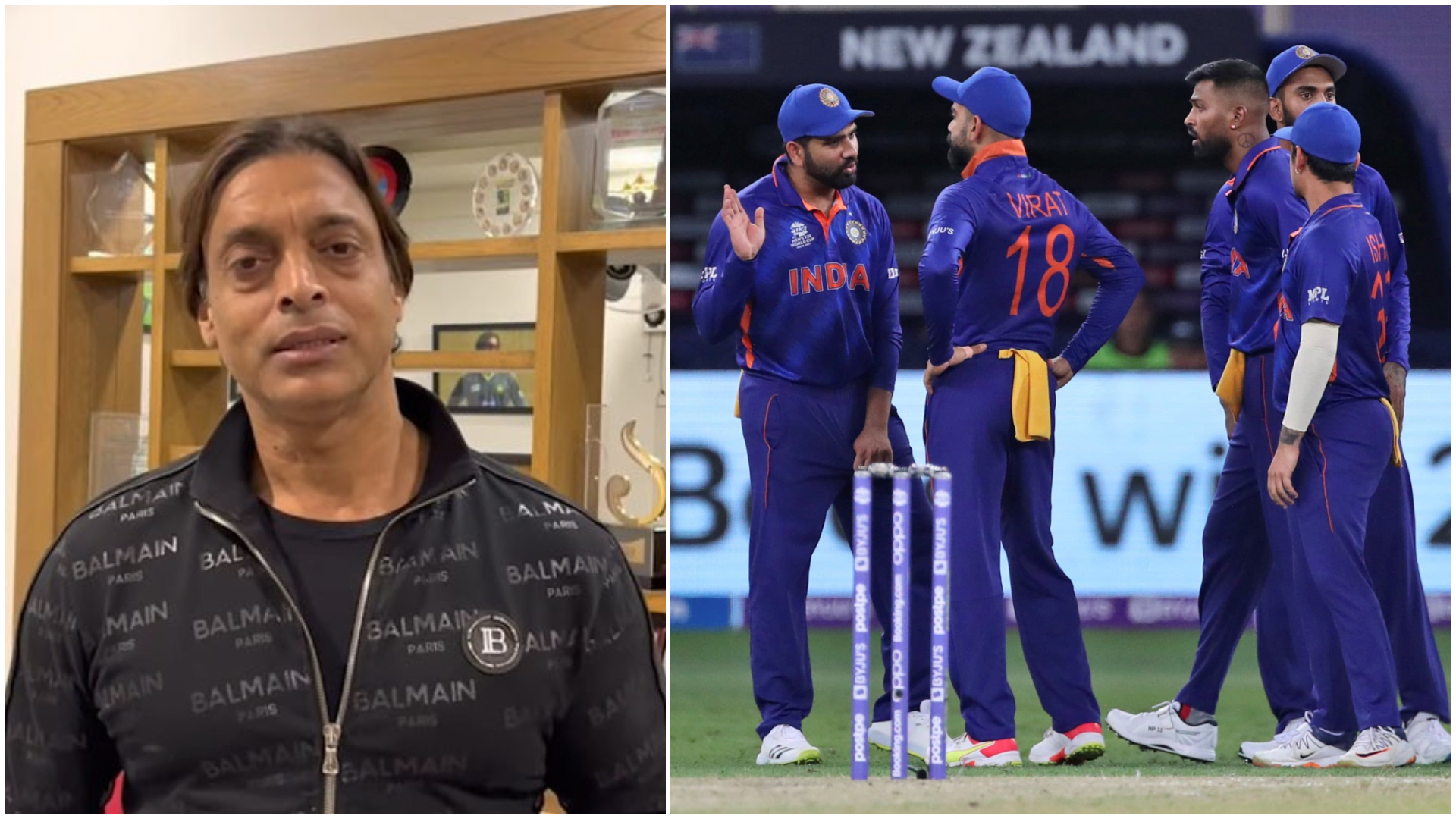 Shoaib Akhtar has speculated that there might be tension rising in the Indian dressing room amidst their obscure performance in the World Cup. However, the former Pakistan pacer also said that regardless of how India perform in the mega event, their skipper Virat Kohli deserves enough respect for contributing whole-heartedly to Indian cricket.

“Why I can see that there are two camps within the team? One is with the Kohli and one against Kohli. It’s crystal clear. The team is looking divided. I don’t know why this is happening. Maybe it’s because of his last T20 World Cup as a skipper. Maybe he made wrong decisions, which is true. But he’s a great cricketer, and we have to respect him,” Akhtar was quoted as saying in Sportskeeda.

Akhtar had lambasted Team India for their poor display against the Kiwis. He recently expressed his distaste with the Indian players’ attitude after their team lost the toss. The veteran said that India didn’t have a strategy chalked out against the Black Caps due to which they crippled against them.

“Yes, criticism is important because they played bad cricket against New Zealand and had the wrong attitude. Yesterday, after they lost the toss, everyone’s heads were down. They had no idea whatsoever. India, you only lost the toss by that time, not the whole match. They were just present there, and had no game-plan whatsoever,” Akhtar added.

India will play next with Afghanistan on Wednesday, November 3 at the Sheikh Zayed Stadium in Abu Dhabi.

The Indian cricket team has all the resources and the quality players in the world, but they have not managed to cross the finishing...
News