The former Pakistan cricketer and bowling legend Shoaib Akhtar recently lambasted the Indian cricket team for their ‘average performance’ against New Zealand on Sunday in the Super 12 crunch game in the ongoing T20 World Cup in Dubai. The Men in Blue could not withstand the Kiwi bowling attack and managed to score a low total of 110 at the expense of 7 in the allotted 20 overs. In reply, the Black Caps chased down the target with 33 balls to spare, winning the game by 8 wickets. Now Shoaib Akhtar gave a harsh review for Team India’s poor performance. 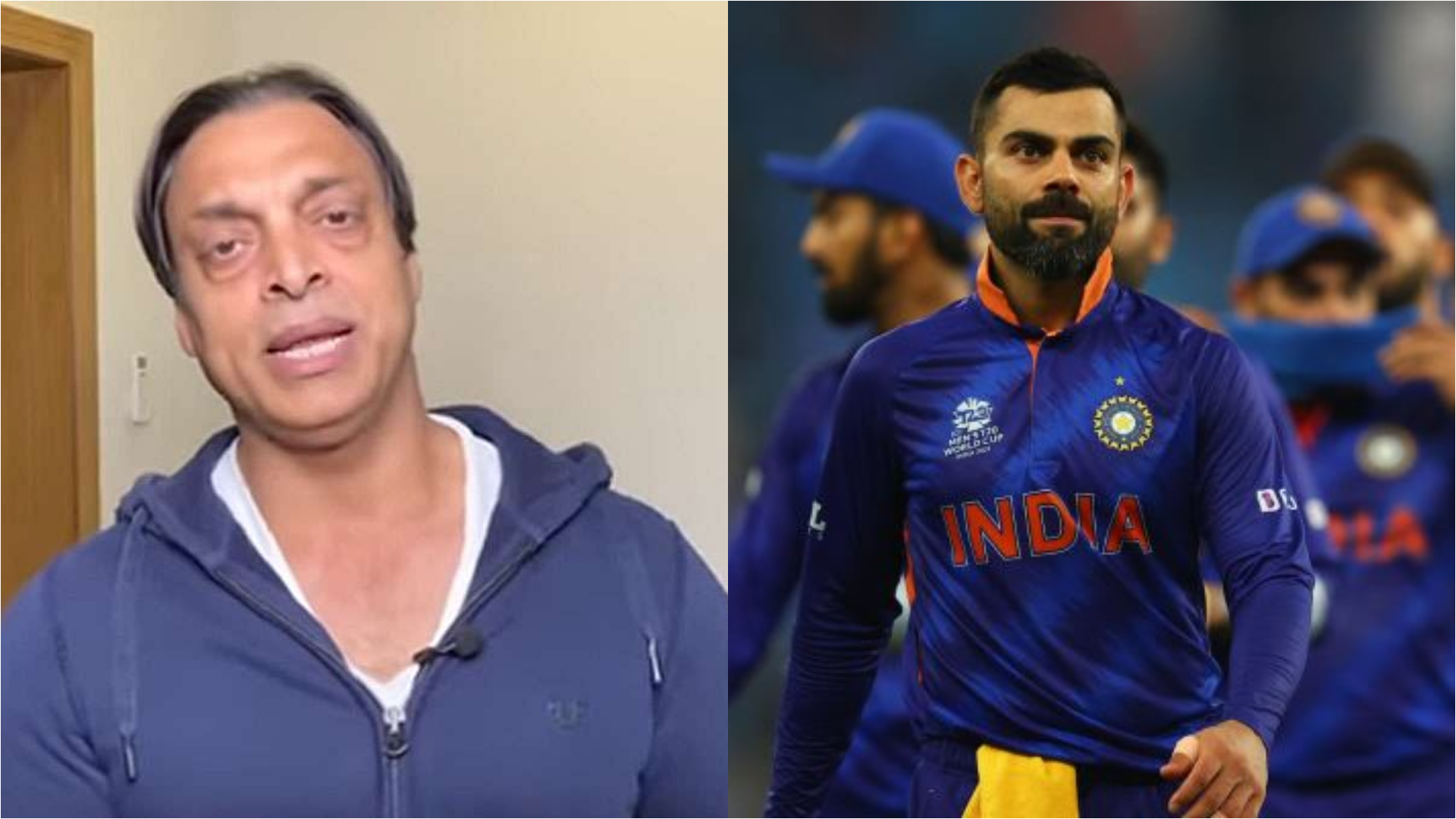 Shoaib Akhtar recently spoke to Zee News after the conclusion of the India-NZ clash. Akhtar slammed the Indian players for not showing intent after losing the toss. He called the bowling attack ‘mediocre’ and also took a shot at the changes that were made to the batting order.

He said: “They made a lot of mistakes. You can see it yourself, it’s very disappointing. My heart goes out to you. It’s not easy to swallow this kind of defeat.”

The speedster reckoned that “India never looked like taking the field” and they were “so disappointing to see.” He also noted that India’s bowling was apparently average. He praised Bumrah but was very critical of other bowlers who were not playing to their potential.

I couldn’t understand how would they play like this. And what happened if you lose the toss. Is it taking your life away? They just gave up after losing the toss,” he added.

Akhtar further stated that he is concerned about India’s next game against Afghanistan. He said that the Indian management needs to reconsider its strategies before moving ahead in the tournament.

Shoaib Akhtar said that he is worried for India about facing Afghanistan in their next game. According to the former pacer, if Afghans win the toss in Abu Dhabi, they will destroy India’s batting with spin.

He took a shot at the Men in Blue and concluded that  “They have to go back to the drawing board and think if they want to play cricket on Instagram or on the field. Get your bowling unit in order, somehow.”

India will next face Afghanistan on Wednesday in Abu Dhabi.

Bishal Roy
Previous article
Jasprit Bumrah opens up on Ravichandran Ashwin’s exclusion for the clash against New Zealand
Next article
We weren’t brave with bat or ball: Virat Kohli after India suffer another defeat in the World Cup