Although veteran Indian batter Shikhar Dhawan’s T20 and Test career has gone down the hill, he is still an integral part of the Indian 50-over side. He averages 45 in his 10-year-long career and has 17 centuries in this format. 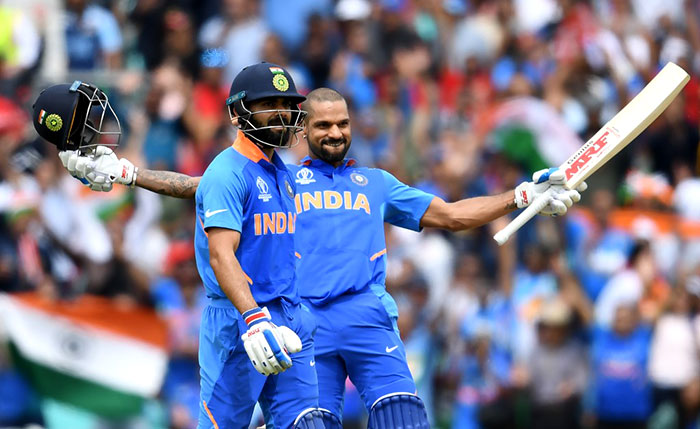 The way he has played the recent West Indies series, where he managed two fifty-plus scores in three games, he is more than likely to feature in the Indian squad for next year’s World Cup which will be held in India.

Shikhar Dhawan also captained the side and led the Men in Blue to a resounding 3-0 triumph against the home team. India’s next assignment is against Zimbabwe, where Dhawan will be seen in the top-order lineup for the team. Dhawan revealed that the global tournaments give him a sense of satisfaction when he participates in them.

Shikhar Dhawan expressed his desire to play the ODI World Cup for India in 2023 and revealed that his major focus is on playing as many games that come his way in order to remain fit and prepare himself accordingly.

I prepare and approach every tournament exactly the same way: Shikhar Dhawan “I love playing in ICC tournaments. There is always a different feeling and satisfaction and I’ve had some very good tournaments in the past. I prepare and approach every tournament exactly the same way,” Dhawan told The Times of India.

“Every time I wear the Indian jersey, pressure is always there and the thing is, as an experienced player, I know how to handle pressure. The buzz definitely helps, because it adds motivation to my game. I don’t get over-awed by the moment, because my focus, process, and preparation are the same for any tournament I am playing in,” he added.

Shikhar Dhawan was initially chosen as Team India’s captain for the upcoming Zimbabwe series. But when BCCI declared KL Rahul fit to play, the captaincy was taken away from Dhawan. Rahul will now be leading the team and Dhawan will act as his deputy. But the 36-year-old’s main aim is to play as many games as he can and build his path for the ICC Men’s ODI World Cup 2023.

“My focus is definitely on next year’s 50-overs World Cup and for that, I want to play as many matches as possible for India and do well in them. In between, there is the IPL as well, so I will try to continue to perform there and look to play the domestic one-day and T20 matches and keep myself match-fit and ready,” Dhawan said.

• Shikhar Dhawan aims to continue playing for India till the next year’s World Cup.

• Dhawan will be seen in action against Zimbabwe in a three-match ODI series.

Ricky Ponting rules out Mohammed Shami’s comeback in T20s; says there are better pacers than him

Prateek Kumar
Previous article
Ricky Ponting rules out Mohammed Shami’s comeback in T20s; says there are better pacers than him
Next article
There are 4000 tigers in the wild, but there’s only one Rahul Dravid: Ross Taylor recalls a memorable incident during his RCB days