Death over specialist T Natarajan had a break-out season in IPL 2020 where he came into the limelight due to his pinpoint yorkers at the death. In the entire tournament, the left-arm seamer nailed more yorkers than any other bowler. He was straightaway drafted into the Indian squad touring Australia right after the IPL. 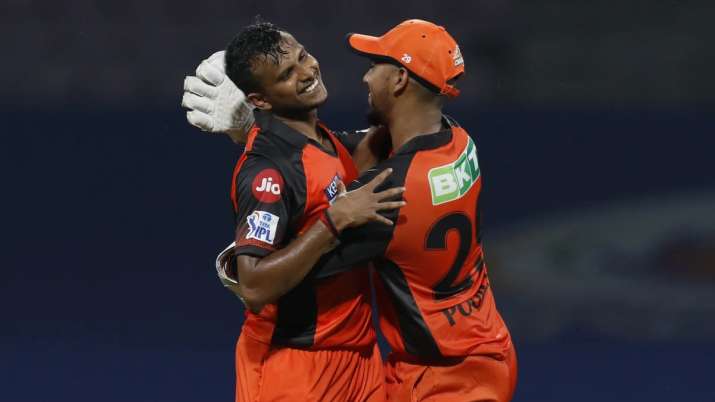 T Natarajan was India’s star performer in the T20I series which India won by a margin of 2-1 in Australia. He also contributed to India’s historic win at the Gabba where he was included in the test squad at the moment due to a lot of injuries in the Indian camp. He also played a pivotal role in India’s win in the final ODI against England in March last year where he defended 14 runs in the last over against an in-form Sam Curran.

However, in the IPL 2021, he suffered a knee injury and remained unavailable for about a year before making a comeback in the Indian Premier League (IPL) 2022 for Sunrisers Hyderabad.

Former Indian Head coach Ravi Shastri, whose tenure ended with India’s untimely exit at the World Cup in UAE, said that India missed the services of T Natarajan who is a death-over specialist. India suffered losses at the hands of arch-rivals Pakistan and New Zealand which ruled them out of the tournament.

“Very happy for him. We missed him in the World Cup. He would’ve been a certainty had he been fit,” Shastri told ESPNcricinfo.

“He got injured against England when we were playing the ODI series and we really missed him (in the World Cup). He’s that specialist death bowler, bowls those yorkers very skilfully. He’s got great control. He is skiddy. A bit quicker than you think and hits the bat,” Shastri added.

T Natarajan has been fruitful in the IPL so far, especially in the death overs. Natarajan made a fine comeback after getting hammered in the first match against Rajasthan Royals, picking two for 26 from his full quota against Lucknow Super Giants. However, SRH suffered their second defeat on the trot with a 12-run loss.

• Shastri claims Natarajan would have been a part of the Indian squad for the World Cup if he was fit.