The ‘Pushpa’ dance step has become quite an iconic step recently with many cricketers imitating the same on the pitch while celebrating wickets. Recently, Shakib Al Hasan, the former Bangladesh captain, and all-rounder decided to shake his leg after taking a huge wicket during a match between Comilla Victorians and Fortune Barishal in the Bangladesh Premier League(BPL). While performing the step he even gave a touch of his own which has amused the fans.

Shakib Al Hasan does the iconic gesture from the movie 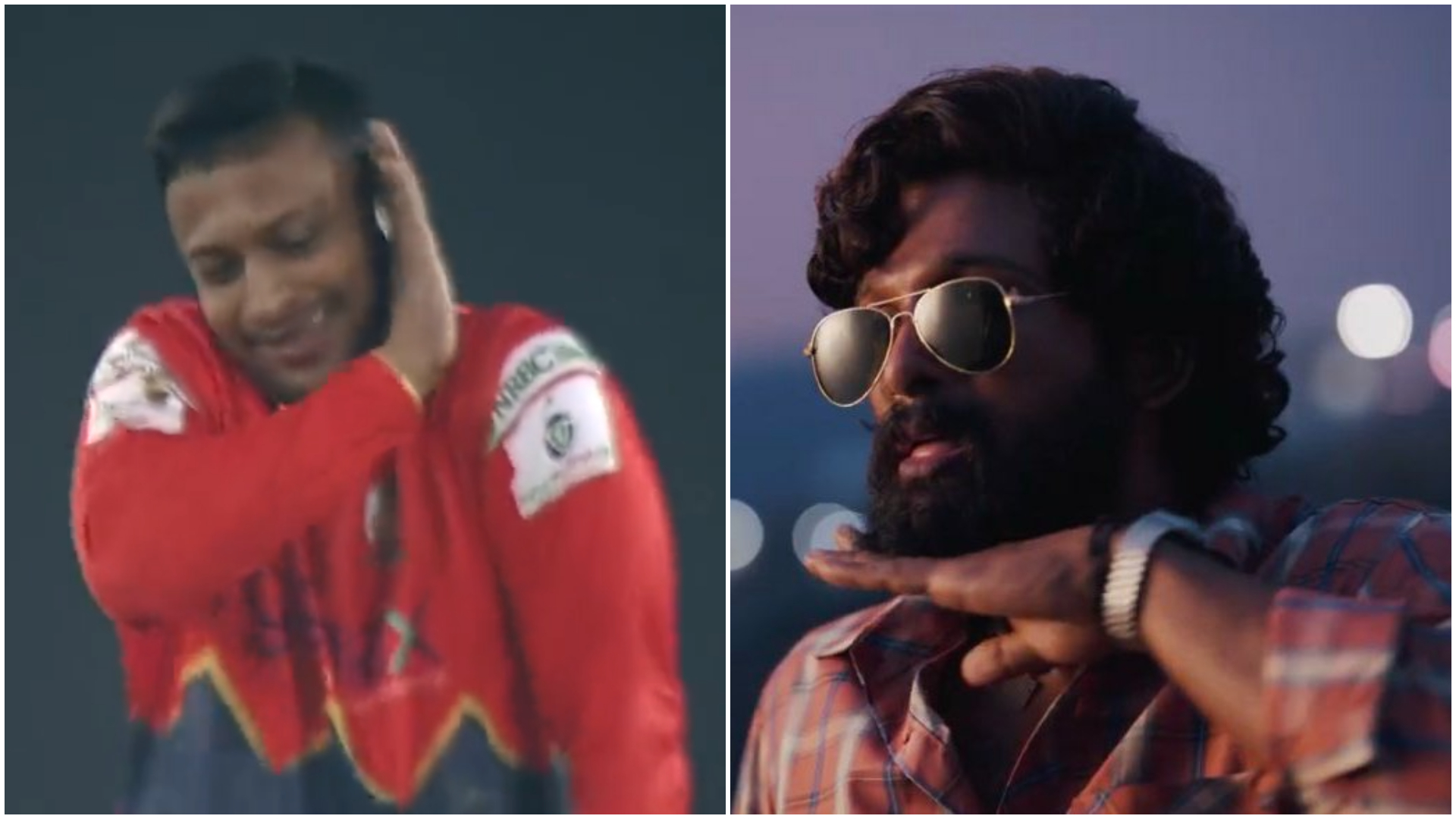 The Tollywood star Allu Arjun’s movie ‘Pushpa: The Rising’ has taken the internet by a storm recently. It has continued to be a hot topic and the cricketers are no exception. Many cricketers have performed the ‘Pushpa walk’ – a dance step from the movie’s song ‘Srivalli’. Shakib Al Hasan decided to imitate another popular scene from the Allu Arjun-starrer but with a distinct touch.

Shakib Al Hasan performed Allu Arjun’s iconic gesture in which he runs his hand across the chin during the match as he dismissed the former South Africa skipper Faf du Plessis. The Fortune Barishal skipper deceived Comilla’s du Plessis in the air as the latter ended up giving a simple catch to long on in sixth over. Shakib then celebrated the big wicket with Allu Arjun’s move from his movie ‘Pushpa’.

After Nazmul Islam, then @DJBravo47, and now the Bangladeshi 🐐 @Sah75official displaying the #Pushpa move! 🥳

The @alluarjun movie has really taken over the #BBPL2022. 🔥

Shakib’s teammates Dwayne Bravo and Nazmul Islam had also performed steps from the movie. The West Indies all-rounder had however performed the ‘pushpa walk’ to celebrate a wicket.

Speaking about the match, however, the outcome went against Barishal. They suffered a 63-run defeat. Despite Bravo’s three-wicket haul and a good performance with the ball by Shakib, Comilla managed to put up a fighting total of 158 for 7, batting first.

Opener Mahmudul Hasan Joy was the standout performer with a good knock of 48 off 35 balls. Karim Janat played a cameo which included three sixes also gave the Comilla innings the much-needed push. Barishal stuttered in the chase right from the beginning as none of their batters apart from Najmul Hossain (36 off 47 balls) could perform and they were bowled out for 96.