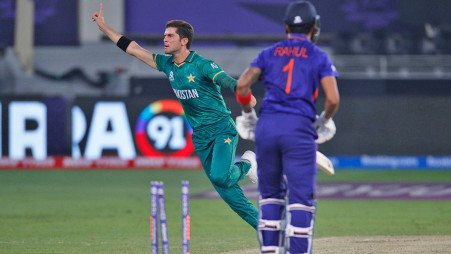 Shaheen Shah Afridi dismissed Rohit Sharma, KL Rahul, and Virat Kohli and pushed breaks into India’s scoring rate. He first dismissed Rohit for a golden duck as India’s new T20I captain was caught plumb in front of his stumps. Then he shattered the stumps of in form KL Rahul with another unplayable inswinger. Then to complete the trio, as he dismissed Indian captain Kohli who edged the ball to Mohammad Rizwan behind the stumps. His spell showed shades of what Mohammed Amir did against India’s top three in the Champions Trophy final in 2017. 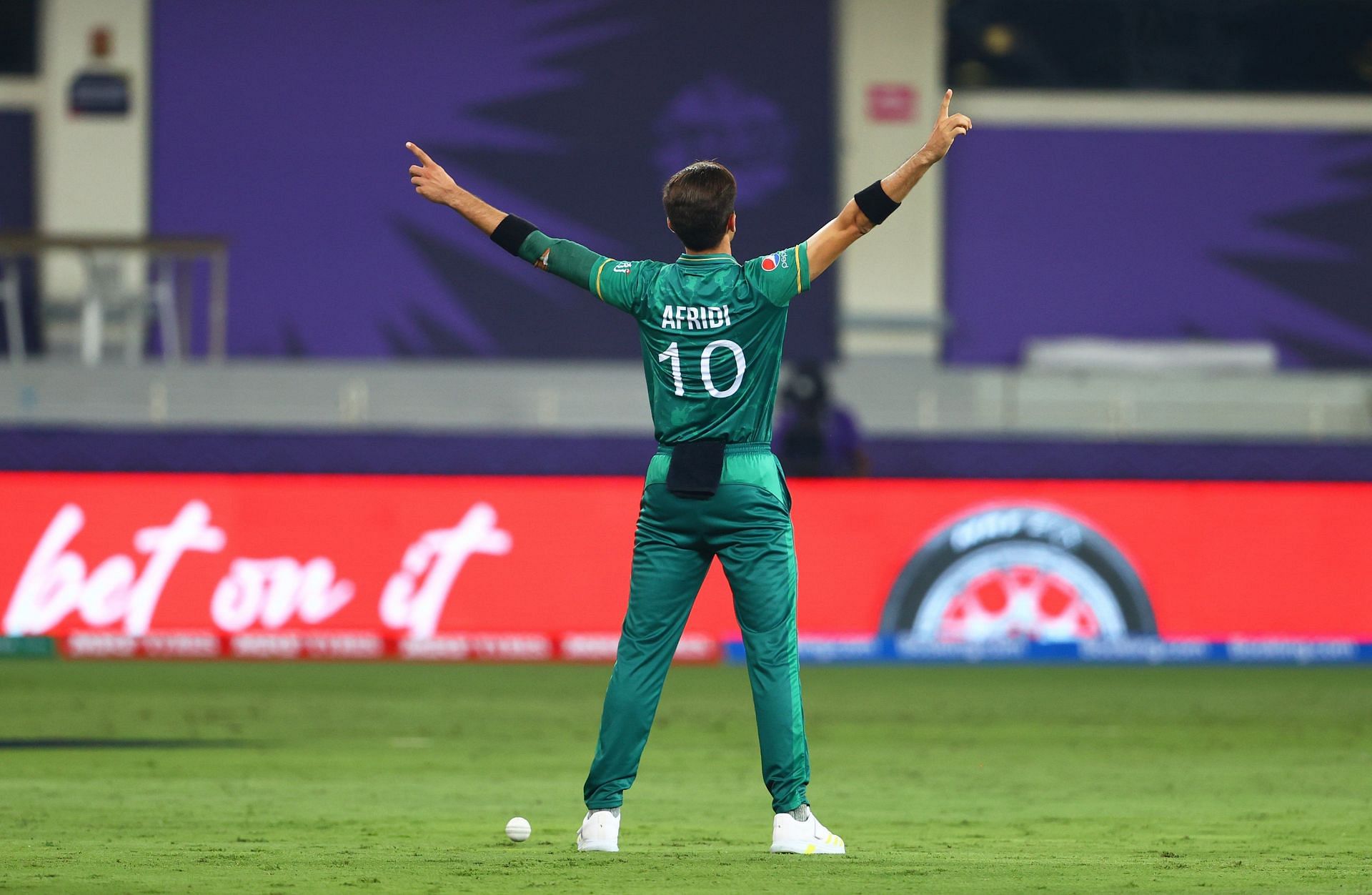 Shaheen Shah Afridi has been astronomical in Pakistan’s success in the ongoing T20 World Cup. So far he is enjoying the outing as he has scalped 6 wickets in the tournament, and has scalped his wickets at an average of 22.33, and has also leaked runs at an economy rate of just 6.70 as well. This means he hasn’t leaked runs. Also, he has taken at least one wicket in four out of the five matches.

Shaheen Afridi and the Pakistan side will next be seen in action on the field on 11th November 2021 when they clash against the Australian side in the second semifinal. This encounter will be played at the Dubai International Cricket Stadium.

• Shaheen Afridi enacts the dismissal of Rohit, Rahul, and Kohli

Also Read: SANJU SAMSON POSTS A CRYPTIC TWEET AFTER GETTING DROPPED FOR THE T20I SERIES AGAINST NEW ZEALAND