Sanjay Manjrekar is always known to make controversial comments on players. His past confrontations with Ravi Jadeja and Pollard are famous in the cricket fraternity. His comments have cost him a stint as a commentator. Now, Sanjay Manjrekar has targeted R Ashwin. Sanjay doesn’t think that Ashwin is suited to play white ball cricket. He is not a big fan of Ashwin playing limited overs cricket. Instead of Ashwin, Sanjay wants Delhi to play a wrist spinner. He doesn’t feel that Ashwin is a game changer in white ball.

“I was a little surprised that they played Ashwin ahead of Amit Mishra. I don’t think Ashwin bowled too well. I am not a big fan of Ashwin in white-ball cricket. So if they can get Mishra in, he becomes that wrist spinner that is always a game-changer in T20 cricket,” Manjrekar said as quoted by Cricket Addictor. R Ashwin has been selected in India’s squad for the upcoming T20 World Cup in UAE. Ashwin got a nod ahead as Washington Sundar sustained a finger injury during the UK tour. Ashwin hasn’t played an international T20 game since 2017. Though he has been consistently performing in the IPL. 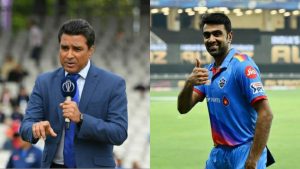 Delhi Capitals have an all-round squad. Their side is packed with match winners. Unfortunately, not all of them get a chance to play in the XI. Hence, despite being a veteran spinner and one of the leading wicket takers in IPL, Amit Mishra hasn’t played many games in this season. Axar and Ashwin are being preferred ahead of him.

However, according to Sanjay Manjrekar, Delhi should play Amit Mishra ahead of Ashwin. Manjrekar pointed out that the team was a bit unfair on Amit Mishra. He also added that every time Mishra plays, he has delivered results for the team.

“People like Amit Mishra, low profile players, tend to get a raw deal. Every time Mishra plays, he has got wickets for Delhi and the other franchises he has played before,” Manjrekar added.

• Sanjay Manjrekar doesn’t want Delhi to play Ashwin in the XI
• Manjrekar feels Amit Mishra should play ahead of Ashwin.