Mumbai Indians mentor and Indian cricketing legend Sachin Tendulkar recently made his presence felt at BKC where he inspected the newly revamped Sharad Pawar indoor academy located at the Bandra Kurla Complex (BKC). It was noted that Sachin Tendulkar was invited by MCA secretary Sanjay Naik to inaugurate the indoor academy. Besides Naik, a few MCA Apex Council members, some MCA club members, Mumbai’s chief selector Salil Ankola, and Cricket Improvement Committee head Jatin Paranjape were also present at the occasion but some claimed to not being aware of the event.

Sachin Tendulkar turned up for inspection 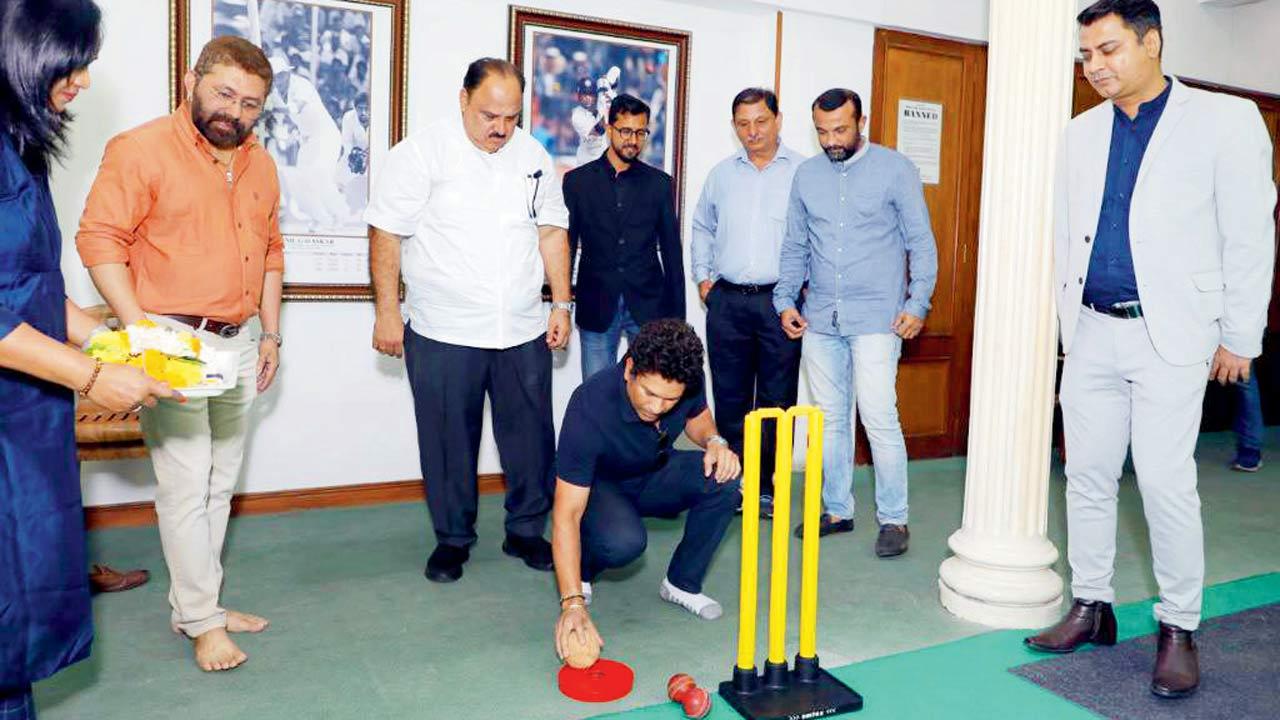 MCA president Dr Vijay Patil was missing. He was in Dharamsala to witness the India v Sri Lanka on T20Is on Sunday. MCA vice-president Amol Kale was also absent, while treasurer Jagdish Achrekar claimed to be there by chance.

Achrekar recently spoke to Mid-day and was upset with the way things turned out. A controversy amongst the Mumbai Cricket Association (MCA) is still ongoing between the officials. The treasurer of MCA, Jagdish Achrekar alleged that the inauguration of the indoor academy took place without his knowledge.

He said: “I was at BKC to watch the IES VN Sule Guruji v Al-Barkaat Harris Shield inter-school cricket semi-final.”

“Along with me, Ajinkya Naik and Kaushik Godbole [both Apex Council members] were there since they too are ex-students of the same school. We were not informed that Sachin was coming or that he was to perform a puja and break a coconut as part of the inauguration of the indoor academy. We attended the ceremony only out of respect for Sachin.”

Naik, however, claimed that Sachin Tendulkar had come only to inspect the refurbishment of the academy, for which the MCA has spent nearly R1.5 crore to relay the turf. “Sachin had only come to inspect the work [relaying of the turf]. There is some work pending. I had informed the president about this inspection,” said Naik.

IPL 2022 will be held in the state of Maharashtra with 55 matches scheduled to take place in Mumbai while the remaining 15 games will take place in Pune.