From torn shoes to hitting 34 runs in an over: Ryan Burl looks to make an impact against India in the ODI series

Last year, Zimbabwe batter Ryan Burl grabbed headlines with his tweet about his torn shoes. Despite being an international player, Burl had to glue his shoes as he did not have any sponsors. Just over a year later, Ryan Burl once again grabbed headlines but this time with his performances. After 3 Tests, 28 ODIs and 47 T20Is and becoming the first Zimbabwe cricketer to hit six boundaries in a T20I – five sixes and a four against Bangladesh. 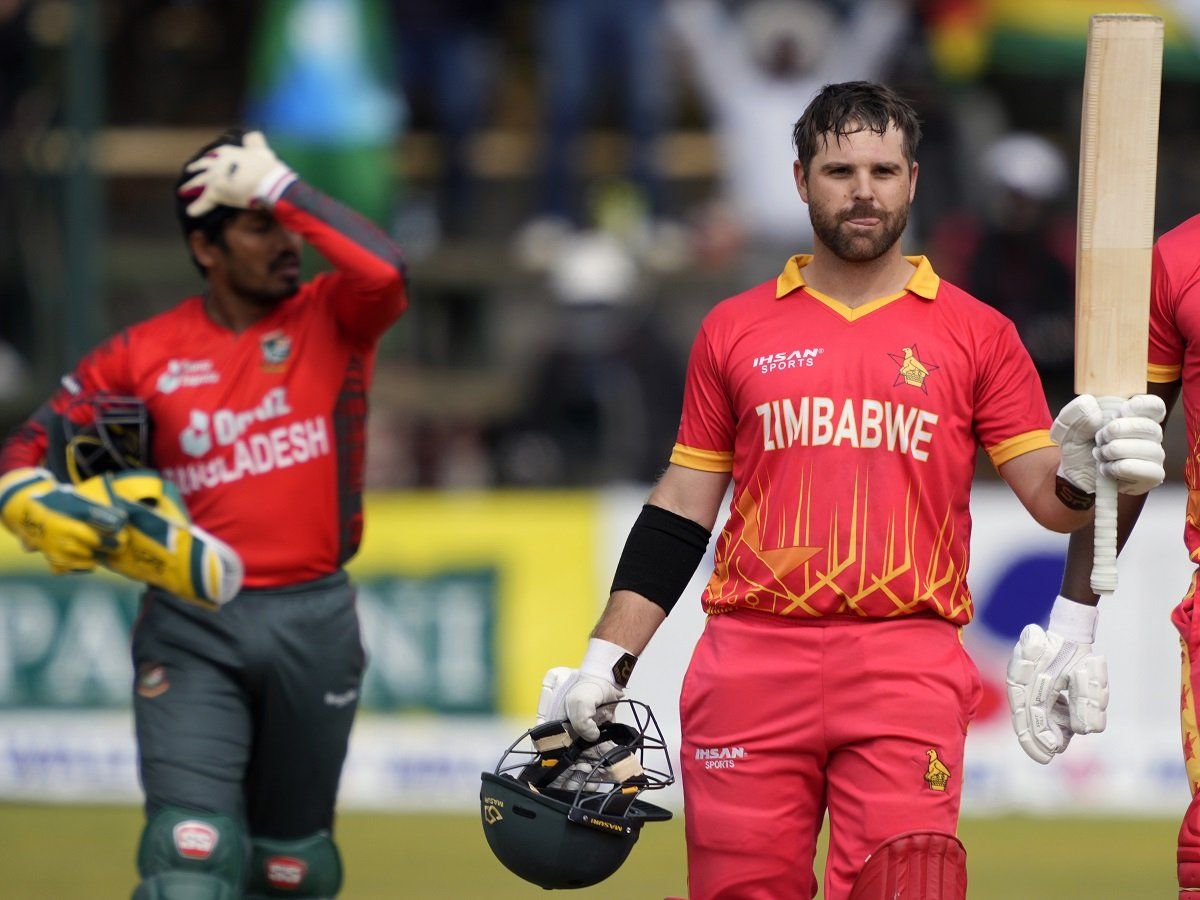 The left-hander opened up about his journey in a candid interview with the Hindustan Times. Enjoying a secured life with a university degree offered in Southampton and a contract to play county cricket, Ryan was all set to have a much-desired and lucrative lifestyle in England. If he had backed up the talent with performance in county cricket consistently then perhaps even a shot at playing international cricket for England would not have been far off. But the then 19-year-old cricketer born in Marondera, 72km east of Harare, was still unsure. Something didn’t feel right. Something was missing.

Not an over we usually see! Truly unbelievable batting from @ryanburl3!

It was during that time he got a call to play first-class cricket in Zimbabwe. That was it. Ryan Burl found the missing piece of his jigsaw. “I was really young. I was studying at a university in Southampton at that time (in 2013-14). I wasn’t totally sure where my career or my life was going. You are quite naive when you are 19 or 20. I couldn’t turn down the opportunity to play for my country. That pride and passion to play for my country obviously led to my decision. I moved back to Zimbabwe. I stopped university, stopped any pursuit of county cricket and just wanted to give Zimbabwe Cricket my everything,” he told Hindustan Times.

The thought of risking both his financial and cricketing prospects never crossed the all-rounder’s mind. The idea of wearing the Zimbabwe shirt one day at an international match was far greater than any other concern.

Things, however, were not as easy as Ryan tried to make them appear. Even before his international career could kickstart against India six years ago, which also was the last time India toured Zimbabwe, Ryan Burl suffered a tear in the anterior cruciate ligament (ACL). 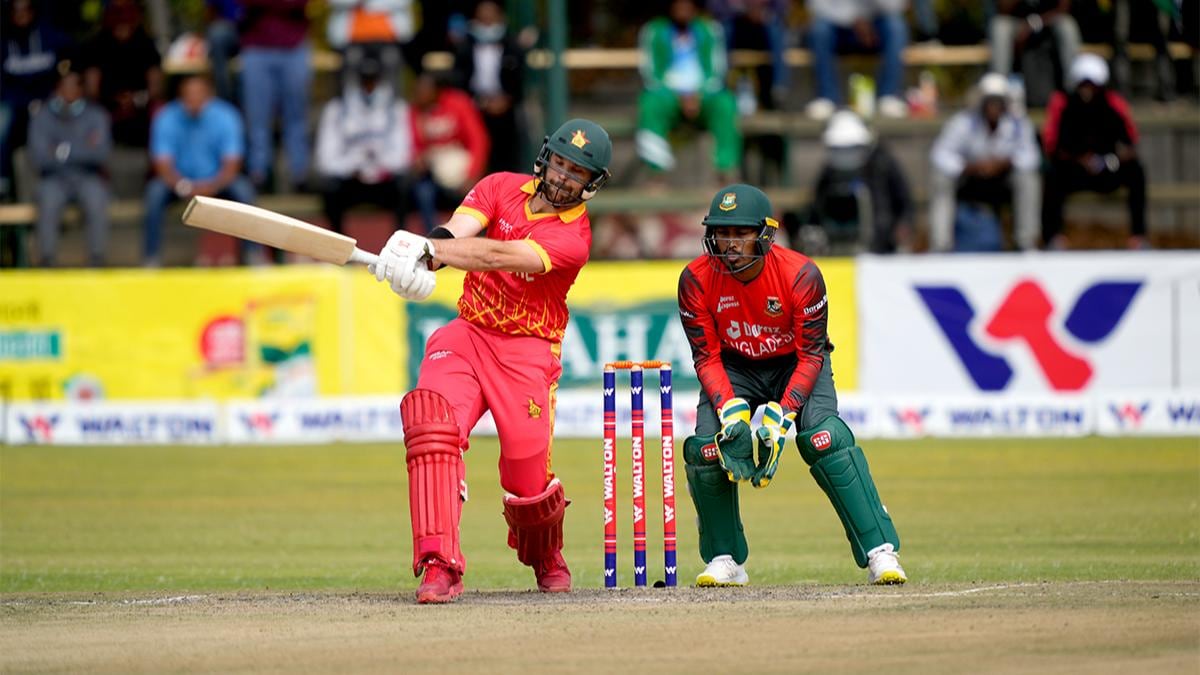 The six-year gap between an India-Zimbabwe bilateral had a lot to do with the kind of condition Zimbabwe Cricket was in. Financial instability and government interference led to the suspension of the cricket board in July 2019 and although ICC revoked the suspension, restoring Zimbabwe Cricket’s status three months later, it was too late for them to compete in the T20 World Cup qualifier for next year’s edition in UAE. For someone like Ryan, it was a major blow.

“It’s kind of hard to explain those emotions. At that time, there was so much uncertainty. You don’t know what was going on and then obviously, after that there came Covid… There was a feeling, am I ever gonna play? In the 2019 ODI World Cup, we missed out (qualification) by a couple of runs. We were not eligible to take part in the T20 World Cup. It was very difficult. I was honestly unsure and uncertain (about the future). We shed a lot of tears and kind of somehow wanted to get past that period,” the 28-year-old recalled.

It was an insight into what kind of life we cricketers can encounter: Ryan Burl on torn show incident 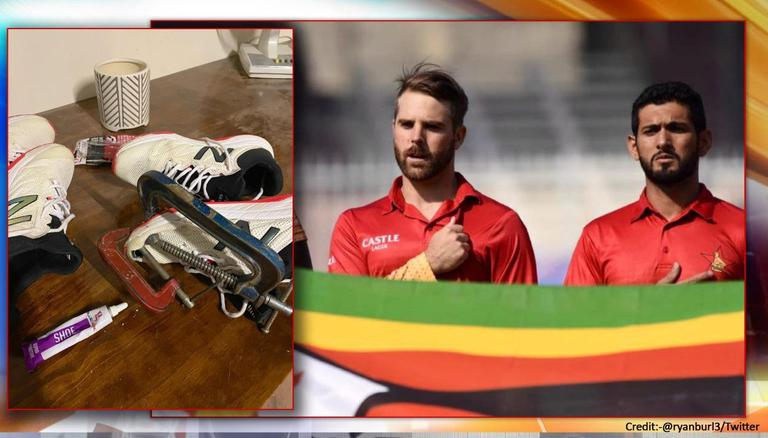 The ban was lifted in October 2019 but the pandemic situation that followed soon after meant Zimbabwe lost all its sponsors. There was hardly any team ready to tour or even invite them for bilaterals when cricket resumed. The financial condition of the board was at an all-time low. It was then that Ryan came up with a tweet with photos of his torn shoes that shook the cricketing world.

Any chance we can get a sponsor so we don’t have to glue our shoes back after every series 😢 @newbalance @NewBalance_SA @NBCricket @ICAssociation pic.twitter.com/HH1hxzPC0m

“It was an insight into what kind of life we cricketers can go into, behind the scenes. I know I’m not the only one in the change room doing that tinkering with their stuff whether it be glueing your shoes, changing your grips, or fixing your studs that might be bending. It was to show what kind of goes on in the background with us cricketers,” said the all-rounder when asked the reasons behind his tweet last year.

Things, however, have changed for good since then. Under new coach Dave Houghton, Zimbabwe has started winning again. Ryan, with his all-around performance, was at the forefront when Zimbabwe beat a full-member nation in a bilateral series for the first time in five years in July this year. They beat Bangladesh in both T20Is and ODIs.

Ryan Burl was asked about the upcoming ODI series against India, which will begin on Thursday. He shared his team’s plans for the series.

“Just bowl our best balls (to their batters), say a few prayers. Just keep it as simple as possible, we are obviously playing at home so we obviously know the conditions better. We’ve got our gameplans and match-ups and on the day we’ve gotta get out there and perform well,” Ryan Burl concluded.

• Ryan Burl reveals his journey to international cricket for Zimbabwe.

• Ryan Burl looks to make an impact in the upcoming ODI series against India.