Former New Zealand skipper and batting legend Ross Taylor is grabbing headlines with his latest autobiography where he has revealed some scintillating incidents throughout his cricketing career. Some of the incidents include facing racism in the New Zealand team and getting slapped by Rajasthan Royal’s owner at a bar in 2011. Ross Taylor retired from international cricket earlier this year. He was the backbone of the Kiwis’ middle-order and played match-winning knocks in the 2019 World Cup semifinal as well as in the final of the inaugural edition of the ICC World Test Championship final against India in 2021. 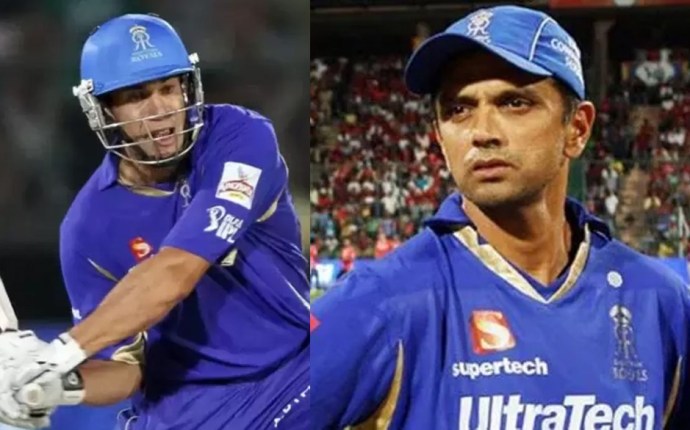 In Taylor’s autobiography titled ‘Black And White’, he narrated an incident featuring the current India head coach Rahul Dravid where the duo had visited the Ranthambore National Park in Rajasthan to see a tiger. The ex-Black Caps batter also mentioned that the general public was more interested in Dravid than spotting a tiger.

“I asked Dravid, ‘how many times have you seen a tiger?’ He said, ‘I’ve never seen a tiger. I’ve been on 21 of these expeditions and haven’t seen a single one.’ I thought, ‘What? 21 safaris for zero sightings.’ Seriously, if I’d known that, I wouldn’t have gone. I would’ve said, “No thanks, I’ll watch the Discovery channel. Jake Oram had been out in the morning – no joy.” “There was some baseball game on TV that he wanted to watch so he didn’t come with us on the mid-afternoon safari. It wasn’t long before our driver got a radio call from a colleague to say they’d found T-17, a famous, tagged tiger. Dravid was thrilled: 21 safaris without seeing as much as a tiger turd, but half an hour into number 22 he’d hit pay dirt,” Taylor wrote in his autobiography as reported by stuff.co.nz.

“We pulled up beside the other vehicles, open-top SUVs a bit bigger than Land Rovers. The tiger was on a rock, a good 100 metres away. We were stoked to see a tiger in the wild, but the people in the other vehicles immediately aimed their cameras at Rahul. They were as excited to see him as we were to see the tiger. Maybe more: across the globe there are almost 4000 tigers in the wild, but there’s only one Rahul Dravid,” Ross Taylor concluded.

• Taylor remembers the time when people wanted to see Dravid rather than the tiger at Ranthambhore.

Prateek Kumar
Previous article
Shikhar Dhawan eyes his focus on the next year’s 50 over World Cup
Next article
Jaddu will not give you many wickets: Aakash Chopra feels Jadeja is an ineffective bowler in T20s