Rohit Sharma, the Indian skipper for the limited-overs is currently sidelined with a hamstring injury and has been ruled out of the upcoming Test series in South Africa. He is currently undergoing rehab at National Cricket Academy(NCA) in Bangalore. Rohit Sharma is a veteran star of the sport and it is always a learning experience for the up and coming star to get the ‘priceless’ tips from the batting talisman. ‘The Hitman’ spent time with India’s Under-19 team and gave the players some valuable tips for their future. 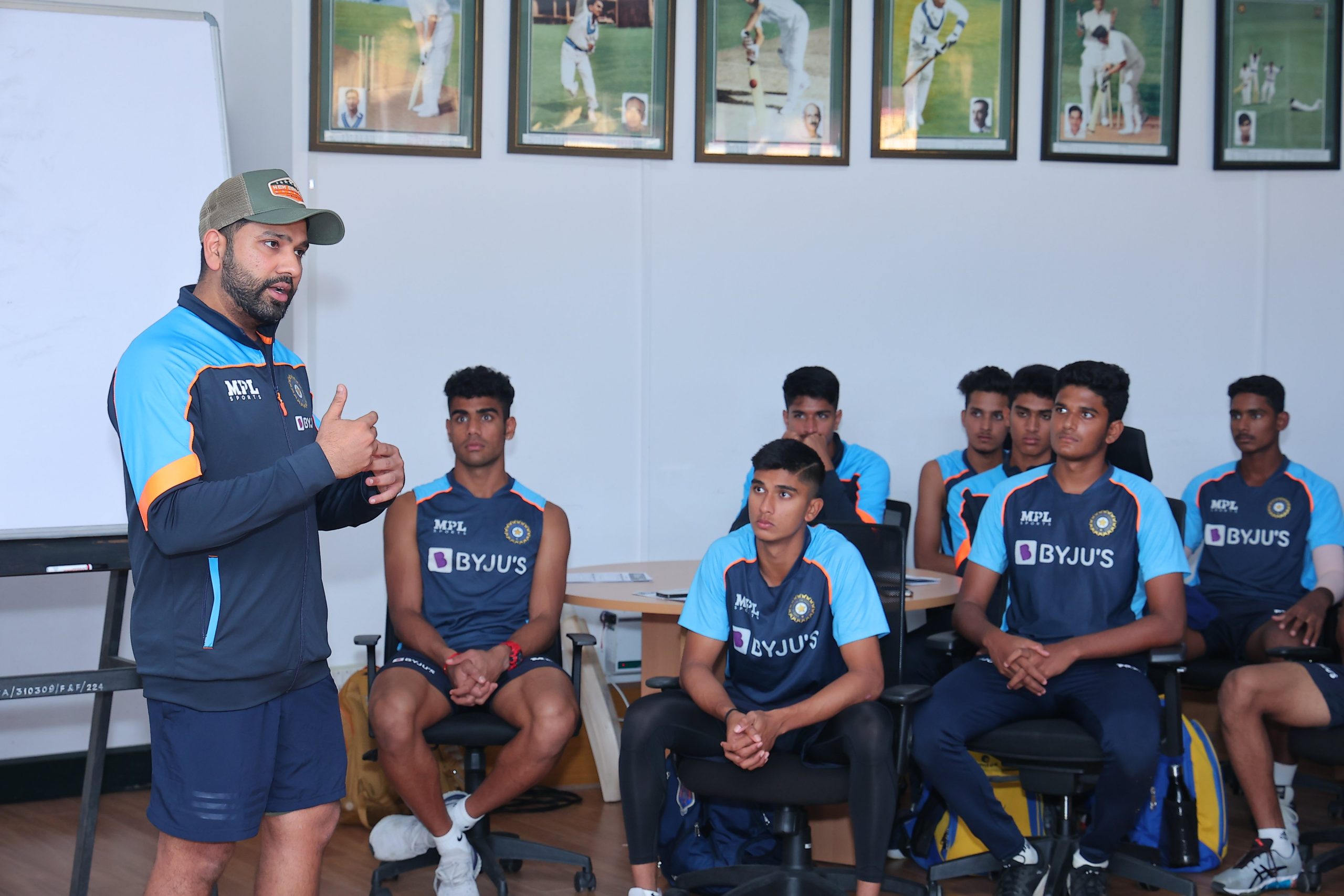 The official Twitter of Board of Control for Cricket in India(BCCI) posted some photos of the special interaction and tweeted: “Priceless lessons #TeamIndia white-ball captain @ImRo45 made most of his rehab time as he addressed India’s U19 team during their preparatory camp at the NCA in Bengaluru.”

📸 📸 #TeamIndia white-ball captain @ImRo45 made most of his rehab time as he addressed India’s U19 team during their preparatory camp at the NCA in Bengaluru. pic.twitter.com/TGfVVPeOli

The all-rounder Ravindra Jadeja also met the youngsters as he is also going through his rehabilitation after suffering a knee injury during the New Zealand Test series. The two senior players were witnessed at the NCA with India U-19 captain Yash Dhull in his social media posts. The U-19 team is currently camping at the NCA ahead of the Asia Cup beginning in the UAE from December 23.

Rohit’s expected recovery time is between three to four weeks and will join the ODI team on the tour where he will start his journey as Team India’s new ODI captain. India ‘A’ captain Priyank Panchal was named in place of Rohit in the Test squad, which reached South Africa on Thursday for the series.

The senior opener, who took charge as T20I captain against New Zealand last month, is expected to be available to lead the team for the ODI leg of the South Africa tour, which is to take place in January. Speaking about Jadeja, he may take a longer time to recover from his injury.