Rohit Sharma has been entrusted with a lot of responsibilities. He was made the full-time captain of the Indian T20 side. Then selectors picked him as a replacement for Virat Kohli as the ODI captain of India which means now he is the only white-ball captain for the country. Rohit also replaced Ajinkya Rahane as the Vice-captain of the Test team for the test series in South Africa. 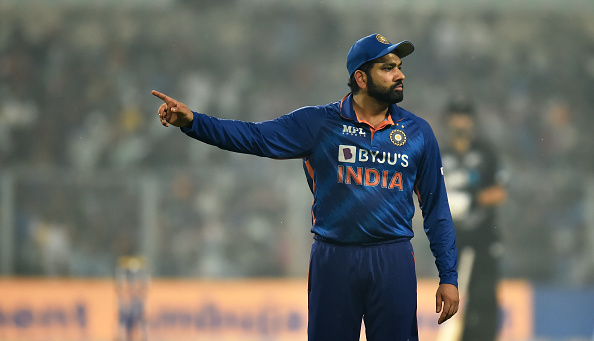 Upon receiving the opportunity, Rohit opened up in an interview published on BCCI’s social media handle. He wants to create a strong bond with the team and states that India’s new coach, Rahul Dravid, will help him in doing so.

“We want to create a strong bond between players and that will help us in achieving the goal we want and yeah, Rahul Bhai obviously, is going to help us in doing that. So we look forward to that,” Rohit told bcci.tv in an interview.

When you play for India, there will be pressure. A lot of people will talk a lot of things, positive, negative, for me personally, as a cricketer, it’s important for me to focus on my job and not what others are talking about. You can’t control that,” he said.

🗣️🗣️ "The pressure will always be there. As a cricketer, it is important to focus on my job."

Stay tuned for this feature ⌛ pic.twitter.com/CPB0ITOBrv

Rohit Sharma emphasized the importance of controlling the things in hand and ignoring the outside noise.

“I have kept on saying this and I will say this a million times, the message is to team as well, the team understands that when we play a high profile tourney, there will be a lot of talks but what is important for us is to focus what we have in hand.

“That is to win games and play the way you are known to play. I think those talk that happens outside are immaterial, what is important is what we think of each other, what I think of y or z, that is important,” he added.

• Rohit Sharma wants to create a strong bond in the team.
• India’s new White-ball captain wants to control the controllable and ignore outside noise.