Rohit Sharma began his journey as captain of the Indian test team on Friday against Sri Lanka in Mohali. Rohit, who is now India’s all-format leader, replaced Kohli as the skipper in Tests after the latter stepped down in January this year. Rohit Sharma has become the 35th Indian player to lead the team in the purest format of the game and he is the overall only 5th Indian cricketer after Virender Sehwag, MS Dhoni, Virat Kohli, and Ajinkya Rahane to lead India in all 3 formats.

Rohit seems to be enjoying his stint as he was having a lot of fun in the dressing room. The Indian skipper was seen emulating veteran South African batsman Faf du Plessis in the Indian dressing room during the first Test match of the two-match Test series against Dimuth Karunaratne-led Sri Lanka.

In the 43rd over of India’s first innings when India was at 164/2 with Virat Kohli and Hanuma Vihari out in middle, Rohit was seen imitating Proteas batsman Faf du Plessis in the dressing room. 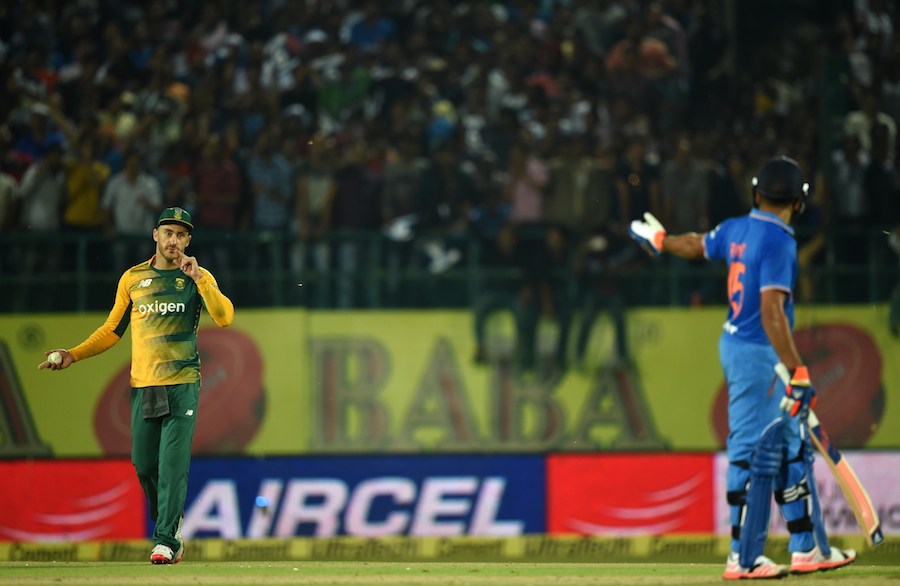 Faf du Plessis, who has retired from international cricket, is regarded as one of the finest South African batsmen of all time. He has represented the Proteas team in 69 Tests, 143 ODIs, and 50 T20Is. He has scored 4163 runs in Tests, 5507 runs in ODIs, and 1528 runs in T20Is. Faf has also earned accolades while playing for the Chennai Super Kings. He was critical in their IPL title victories in 2018 and 2021. This year, Faf will be representing Royal Challengers Bangalore in the IPL.

Talking about the performance of India skipper Rohit in his debut Test as captain, he failed to score big runs for the team and was dismissed by Lahiru Kumara in the 10th over. He was able to score just 29 runs off 28 deliveries, including 6 fours in the first innings of the match.

• Rohit gets dismissed for 29 runs in his first match as Test captain of India.

Also read: VIRAT KOHLI SHARES A SPECIAL MESSAGE AFTER GETTING FACILITATED AHEAD OF HIS 100TH TEST