On Tuesday, Mohammed Shami became only the 11th bowler and 5th pacer to pick up 200 wickets in Tests and he made the moment more special by picking up a five-wicket hall against South Africa at Centurion. Mohammed Shami joined the elite list of Indian pacers with 200 test wickets that include the likes of Kapil Dev, Ishant Sharma, Zaheer Khan, and Javagal Srinath. Thanks to Mohammed Shami’s outstanding spell of bowling, India amassed a mammoth lead of 130 runs in their first innings. The pacer got the prized wickets of Aiden Markram, Keegan Petersen, Temba Bavuma, Wiaan Mulder, and Kagiso Rabada, and pushed the Proteas on the backfoot. On the back of his spell, India bowled Dean Elgar and Co. out for 197 in 62.3 overs. Congratulating the veteran pacer, Indias new white-ball captain Rohit Sharma took to Twitter to share a special message. While showering praises on Shami, Rohit took to Twitter and write, “A double hundred is a special number.” It can be argued that Rohit Sharma knows double century better than anyone else given that the modern-day legend has three ODI double tons and one Test double ton that he scored against South Africa in 2019.

Mohammed Shami credits his father for his success 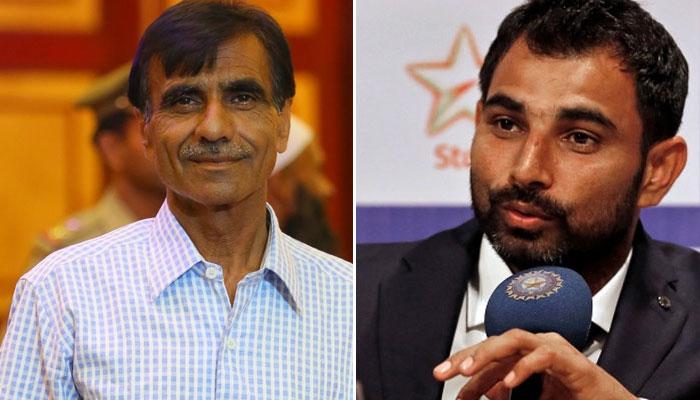 After the game, Shami expressed his gratitude to his father who gave him a lot of support even when Shami didn’t have the facilities as he hails from a humble background.

“My father deserves a lot of credit for who I am right now and I am right now. Because I am from an area where it doesn’t have many facilities, it’s a special feeling to get a 5-wicket haul and lots of hard work required,” Mohammed Shami was quoted as saying after the day’s play.

India is well and truly on the driver’s seat in the Centurion Test, having taken a lead of 146 runs with nine wickets left in their second innings. The Indian batters will have to step up and score runs and try not to repeat the collapse of the first innings.

• Mohammed Shami credits his father for his success in cricket.