Watch: Rohit Sharma’s reaction after Virat Kohli gets dismissed for 45 in his 100th Test

Modern-day great and former Indian skipper Virat Kohli was playing in his 100th Test match and fans were rooting for him to finally end his hundred-less drought in the historic test match. Kohli was looking in great touch and in the mood to end this drought. However, Sri Lanka spinner Lasith Embuldeniya delivered a peach to knock off his off-stump while batting on 45. 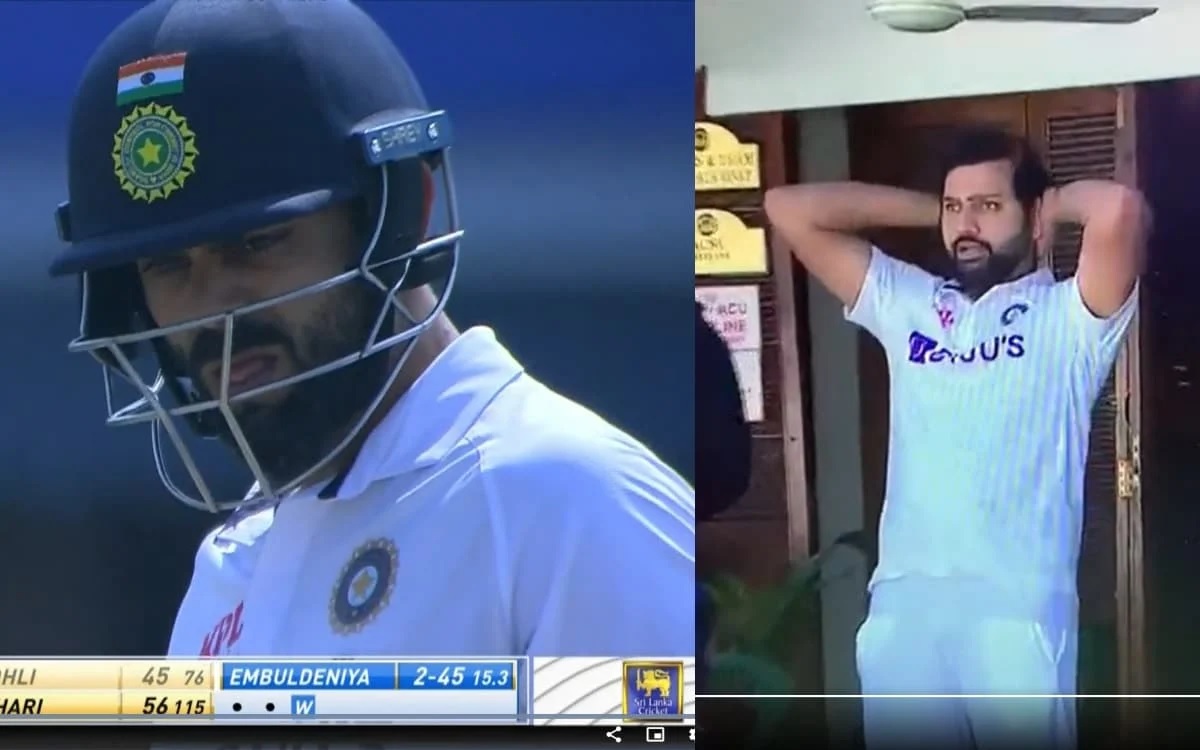 Virat Kohli had added 90 runs for the third wicket with Hanuma Vihari without much difficulty. But a quicker and flatter delivery from the left-arm spinner ended the partnership and spoiled Kohli’s hundred in his 100th match.

Kohli’s wicket came against the run of play and visibly everyone was surprised including India skipper Rohit Sharma. India captain Rohit Sharma was enjoying the action from the dressing room until then. But the dismissal of his predecessor certainly shocked him as well and was disappointed too. A video of his reaction has gone viral now on social media.

Watch the reaction of Rohit Sharma after Virat Kohli’s dismissal: Rohit Sharma was off to a flyer in his first match as captain as he raced to 29 after hitting 6 fours. He was batting at a strike rate of 100 plus. But his will to take on the short delivery cost him as he tried to send a short ball from Lahiru Kumara out of the ground and ended up falling in the trap only to get holed out.

All the batters in the top six got starts but none of them could convert it into a big score. Hanuma Vihari looked extremely calm at number three replacing Cheteshwar Pujara and scoring 58 runs while Mayank Agarwal mustered 33 runs. Rishabh Pant did well to get to his fifty as India recovered decently in the end. Their aim will be to post a decent first innings total with the pitch already showing signs of deterioration.

Prateek Kumar
Previous article
Hardik Pandya, Pujara, and Rahane face demotion in the BCCI central contracts.
Next article
Virat Kohli shares a special message after getting facilitated ahead of his 100th Test