Rishabh Pant or Dinesh Karthik: Saba Karim gives his take on who should be selected for the opening game of Asia Cup 2022

Ahead of the opening game of the Asia Cup, Team India has a major headache as the team may have to choose between Rishabh Pant and Dinesh Karthik as both might not make it to the XI. With KL Rahul and Virat Kohli back in the squad, it leaves India to choose between these two wicketkeeper-batters. It is more or less confirmed that Suryakumar Yadav, Hardik Pandya, and Ravindra Jadeja will be part of the playing XI and that leaves only one spot in the middle order. 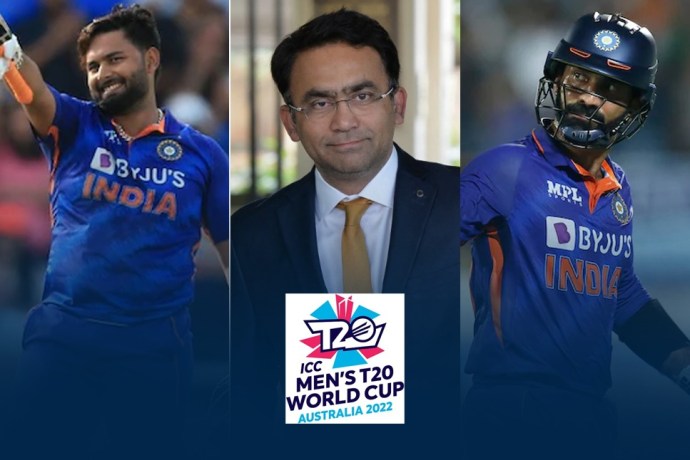 Ex-Indian selector, Saba Karim gave his take on the ideal playing XI of India. The former India international believes that the team should go ahead with Rishabh Pant as he provides the much-needed X factor. Pant has delivered a lot of times in crunch situations but his recent form in this format has been under the scanner. Nevertheless, the 54-year-old believes that the youngster has enough firepower to deliver some stellar performances in the Asia Cup.

Speaking exclusively on SPORTS18’s daily sports news show ‘SPORTS OVER THE TOP’, the former national selector said, “I’ve gone ahead with Rishabh Pant because he’s such an X Factor for India and I can see him delivering some stellar performances even in this Asia cup. I’m also preferring a combination that allows me to play five wicket-taking bowlers. On top of that, I have Hardik Pandya as my sixth bowling option. So, if I go in with this kind of combination then I don’t have space for two wicketkeepers.”

With the competition being just a couple of days away, Saba Karim picks his ideal XI for the side. He has backed the top three of Rohit Sharma, KL Rahul, and Virat Kohli. Karim also said that he believes Suryakumar Yadav is a multi-dimensional player and a floater on the team.

“Suryakumar Yadav is such a multi-dimensional player, I can keep him as a floater. I can push him up the order if my two openers bat till say the seventh or the eighth over. In case it is required, I can also push him down the order because he is such a player who can give me the value at whatever number he bats,” said Karim on the show.

He picked Pant, Hardik Pandya, and Ravindra Jadeja as his middle and lower middle order batters. The former selector excluded Ravichandran Ashwin from his squad and said he will only consider him if there are a lot of left-handed batters in the opponent squad. He’s gone with Yuzvendra Chahal as the premium spinner and Bhuvneshwar Kumar, Arshdeep Singh, and Avesh Khan as pacers.

• Saba Karim picks his ideal playing XI for I dia in the Asia Cup.

• Karim picks Rishabh Pant over Karthik in the team.