The Indian All-rounder Ravindra Jadeja, who made his return to Indian cricket after a long injury was spotted following the trend of ‘Pushpa’ dance step celebration during the 1st T20I clash against Sri Lanka. The ‘Pushpa’ dance steps and gestures have become quite popular recently with many cricketers imitating the same on the pitch while celebrating wickets. Recently, Shakib Al Hasan, the former Bangladesh captain, and all-rounder also decided to pull off the move. Ravindra Jadeja did the viral celebration after dismissing Dinesh Chandimal in the 10th over of Sri Lanka’s chase. 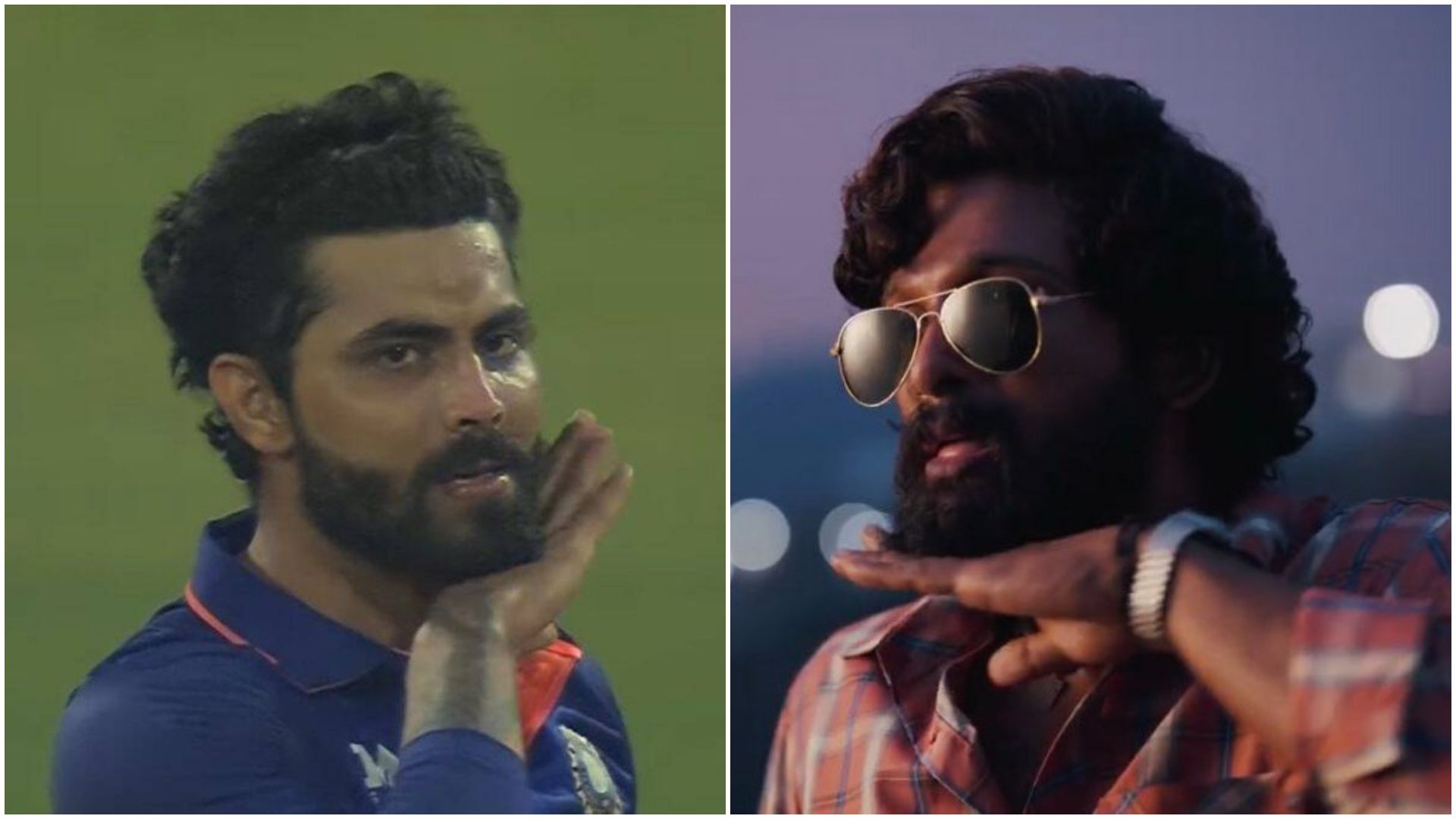 Ravindra Jadeja cleverly dropped it short as Chandimal was beaten by the big turn before being stumped by Ishan Kishan. He then celebrated with Thaggedhe Le gesture from the Telugu movie Pushpa, starring Allu Arjun.

Today #jadeja celebration on the field after the wicket

Jadeja has been out of action for almost two months. He last appeared for India in the first Test against New Zealand in Kanpur following which he missed the entire South Africa tour and the two limited-overs contest against West Indies at home earlier this month owing to swollen forearm.

While he wrapped up his spell with 1 for 28 in four overs with the ball. Ravindra Jadeja was sent to bat at No.4 for India in the first innings of the Lucknow game where he faced only four deliveries scoring three runs.

When asked about Jadeja’s change in batting order, captain Rohit Sharma said: “Very happy with Jadeja’s return. We want more from him that is why we asked him to bat higher. You will see that happening more and more in the games that he plays for India. I want him to bat up the order more. He is a very improved batter, so we will try and see if we can promote him going forward. We are very clear with what we want to achieve with him in white ball cricket.”

India is set to face Sri Lanka in the 2nd T20I on Saturday, February 26 in HPCA Stadium in Dharamshala.