The whole world is celebrating and people are busy with the welcoming of New Year 2022. Amid this happy mood, the former Indian Head Coach Ravi Shastri was spotted grooving to Bollywood songs alongside the team of recently released ’83’ movie. The entire cast of the film was there along with lead star, Ranveer Singh and he was also een grooving to retro Bollywood songs with Ravi Shastri, who is a member of the World Cup-winning team at the party. Later another member, Balwinder Singh Sandhu also joined them to try a few dance steps.

Ravi Shastri grooves with Ranveer Singh and others 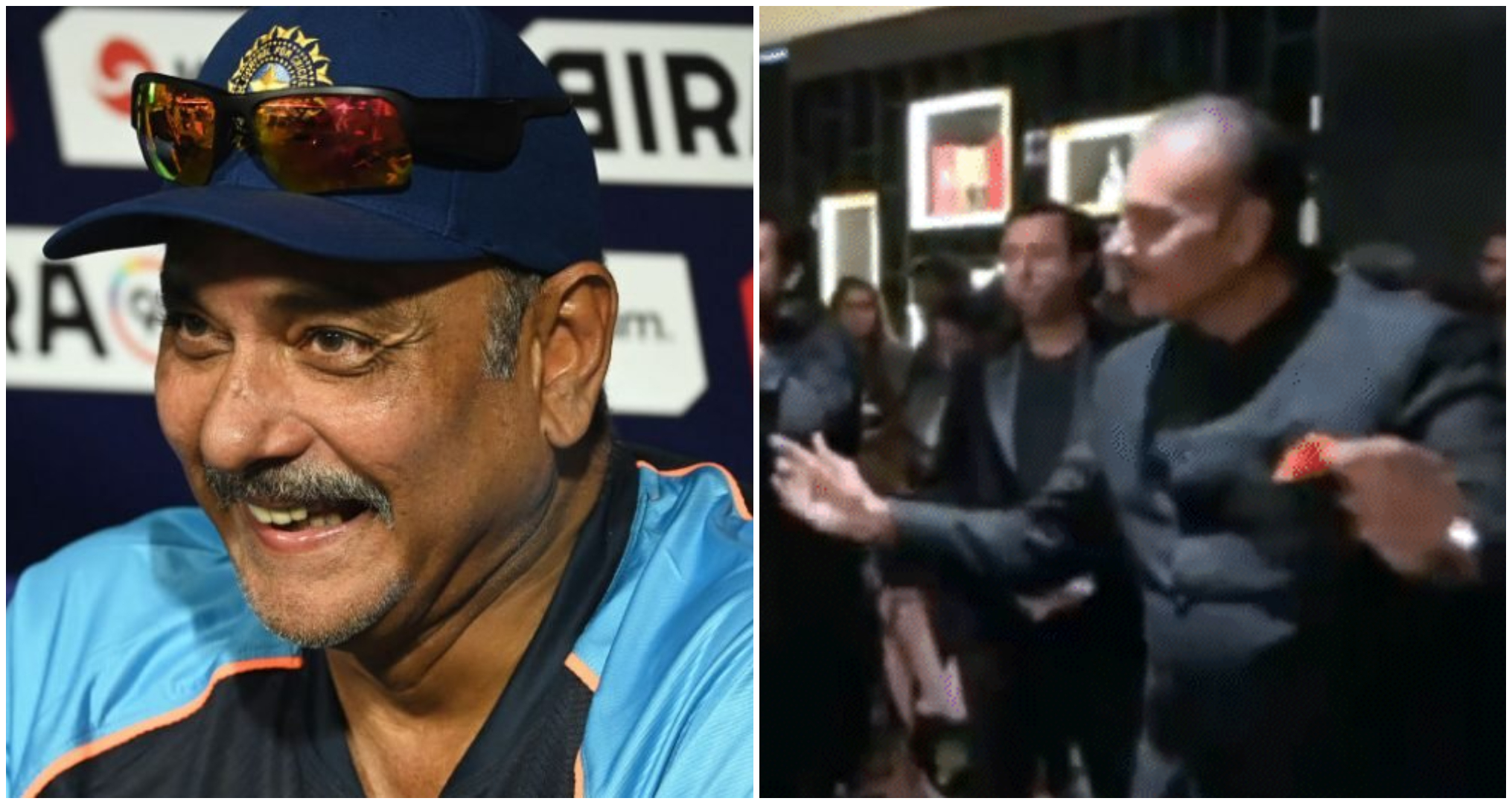 The Bollywood superstar, who played the role of Kapil Dev in the movie, replied- “Hahaha ! OG Rockstar ! Love you Rav ! Have a rollicking new year !.”

The much-awaited film of the year, 83 hit the big screen on December 24, 2021. The Kabir Khan directorial venture stars Ranveer Singh in the lead role, and the film is based on the Indian Cricket Team’s victorious journey of the 1983 World Cup.

83 has actors playing the heroes of the Indian cricket team of 1983 and they are being appreciated by critics for their role. The movie has grossed an estimated amount of 72 crores in the opening week and the collection has been low in the past few days.

Speaking about former Team India Head Coach Ravi Shastri, he also had a stint as India’s team director when he took charge back in 2014. One of the major drawbacks of Shastri’s tenure that India never won any ICC Trophy that has been a talking point. However, the Men in Blue climbed to the top of the Test rankings and also won several bilateral series. Shastri was recently replaced by Rahul Dravid, under whom India picked up a dominating home series win against New Zealand.