Rashid Khan, the ace leg spinner of Afghanistan and IPL side SunRisers Hyderabad(SRH) recently took note of a young talent who has blown the minds of many with his leg-spin bowling skills. Indian batting legend Sachin Tendulkar recently shared a video where a young leg-spinner can be seen showcasing his bowling skills. Rashid Khan was seemingly impressed with the skills. Noting the writings in Bengali in the background, the kid is likely to be either from West Bengal or Bangladesh. The child prodigy was able to turn the ball a decent distance as the batters seemed bewildered to play the shots.

Tendulkar has faced several legendary leg-spinners, including Shane Warne. He uploaded the video on his official Instagram handle and lauded the child prodigy for his dominating skills of bowling at such a young age.

“Received this video from a friend It’s brilliant. The love and passion this little boy has for the game is evident,” Tendulkar wrote. 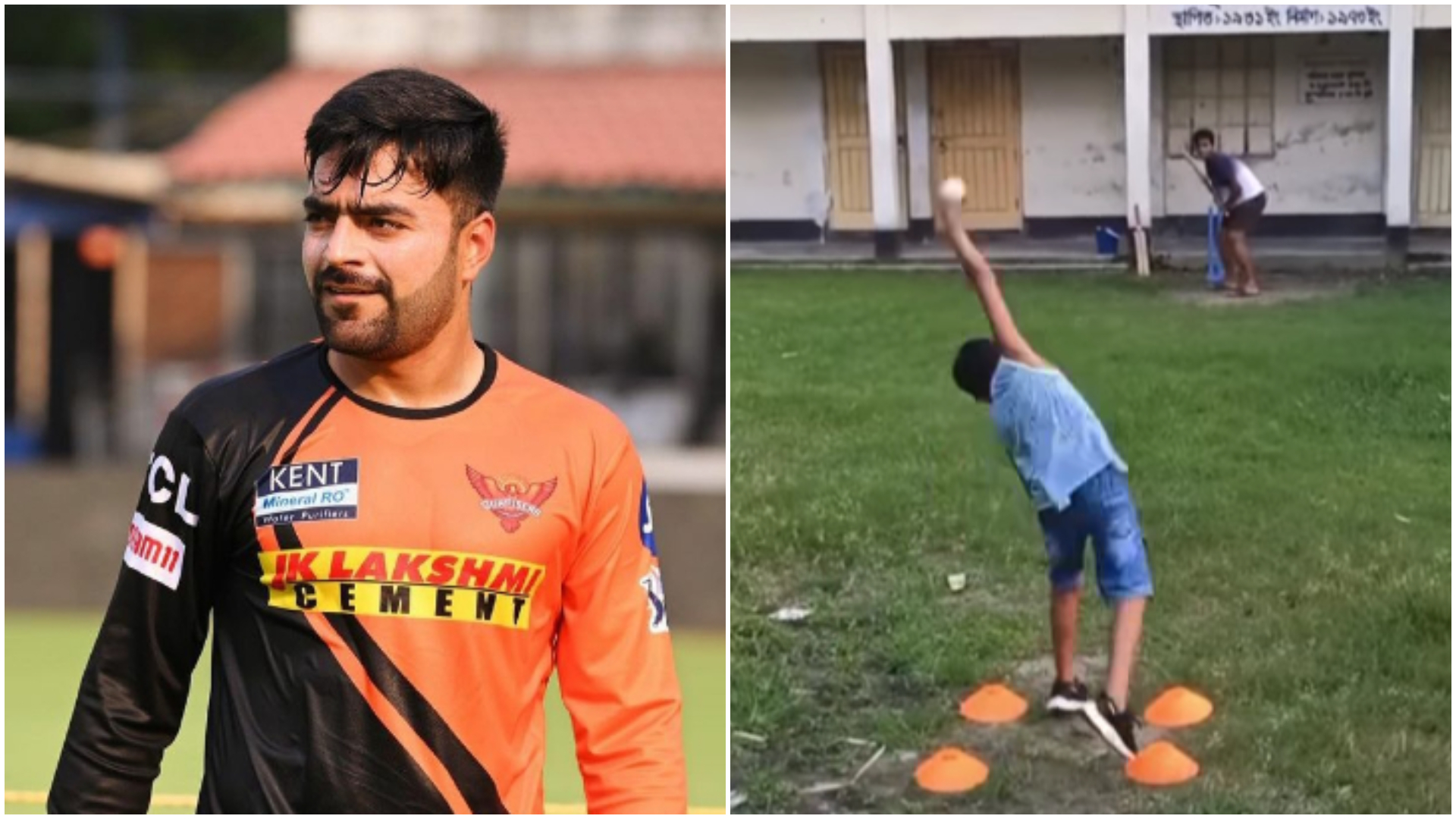 Rashid Khan, who saw the video praised the child for bowling beautifully and not giving batters many chances. “fire emoji- skills,” Rashid wrote. Interestingly, the child’s action was pretty similar to that of Rashid Khan, who himself has destroyed many batters on the pitch.

Rashid Khan recently played for Sunrisers Hyderabad in the 2021 edition of the Indian Premier League. Although he was their leading wicket-taker in the T20 league, the Orange Army finished right at the bottom of the points table.

Rashid is now set to play for Afghanistan in the 2021 T20 World Cup, which is scheduled to get underway on October 17. The Afghans are scheduled to play their first game against a Qualifier on Monday, October 25 in Sharjah.

Sachin’s video also caught the eyes of Mumbai Indians as their Instagram handle replied to Sachin and wrote, “This boy is spinning our heads.” MI failed to qualify for the playoffs in IPL 2021 after finishing fifth in the points table.

Even from the Bollywood industry, Ranveer Singh was left astonished by the bowling prowess of the child. Singh wrote, “Bamboozled.” 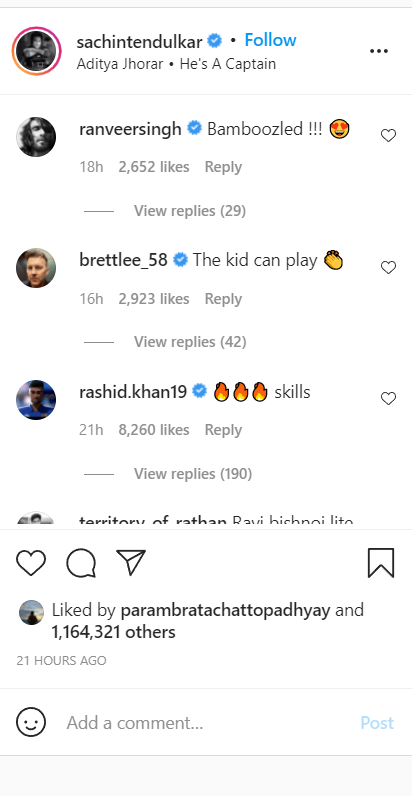