Rajasthan Royals, the inaugural champions of the Indian Premier League, have assembled ahead of the 2022 season of the IPL. The squad of Rajasthan Royals is staying at a hotel in Mumbai and the team was spotted having some fun at their den. The Rajasthan Royals franchise shared glimpses of the fun they are having on their Instagram handle. And it appears that amidst intense training sessions, the players took some time out to rejuvenate and indulge in a fun activity at their cartoon-themed hotel. The franchise dropped a reel which was made on Beyonce’s song Partition and has been gaining buzz on social media. 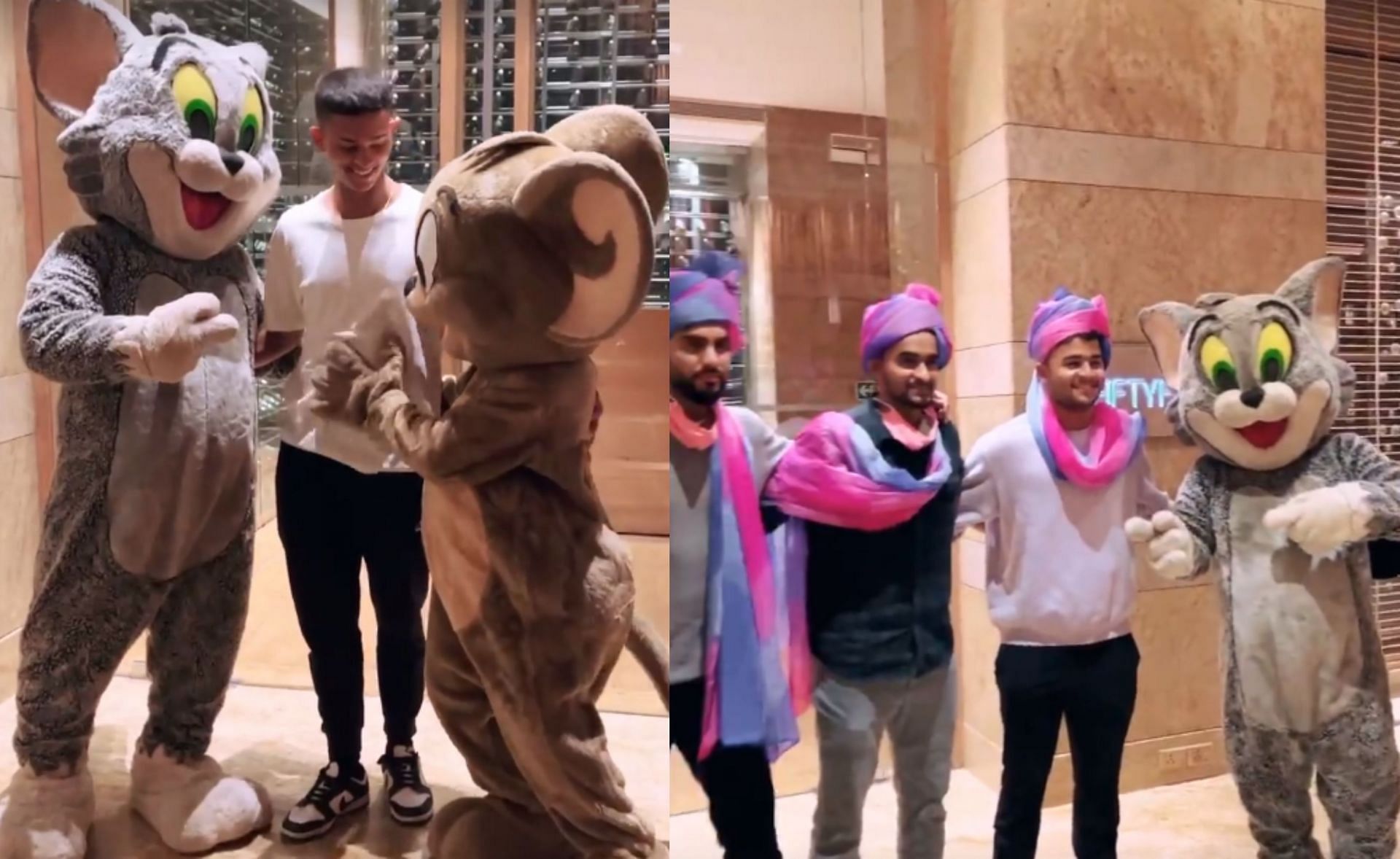 In the video, the team’s director of cricket operations, Kumar Sangakara, and players Yashasvi Jaiswal and Riyan Parag can be seen joining the bandwagon to give the viral reel trend a whirl, at Grand Hyatt Mumbai. The players were also joined by the characters of Cartoon Network such as Tom and Jerry, who welcomed them at the hotel.

Players can be seen wearing a Rajasthani turban in a pink and purple shade, the official colors of the jersey of Rajasthan Franchise. While sharing the fun video, the franchisee wrote in the caption, “So what’s up, Cartoon Network India?”

The pink army has been very active on its social media handles. Earlier, the franchise on Instagram Stories also shared glimpses of players who were checked into the hotel. In one of the videos, we can see an elevator opening to a wall that includes the name and picture of all the players of the Rajasthan Royals.

The ‘Men in Pink’ will start their IPL journey on 29th March against Kane Williamson’s Sunrisers Hyderabad. IPL is set to begin on 26th March and this season will be a 10-team-affair.

• Rajasthan Royals’ team members try out a trending reel upon their arrival in Mumbai.

• Rajasthan Royals will play their first game against Sunrisers Hyderabad on 29th March.