R Ashwin praises Rohit Sharma for his Test captaincy; says he looked out for everyone 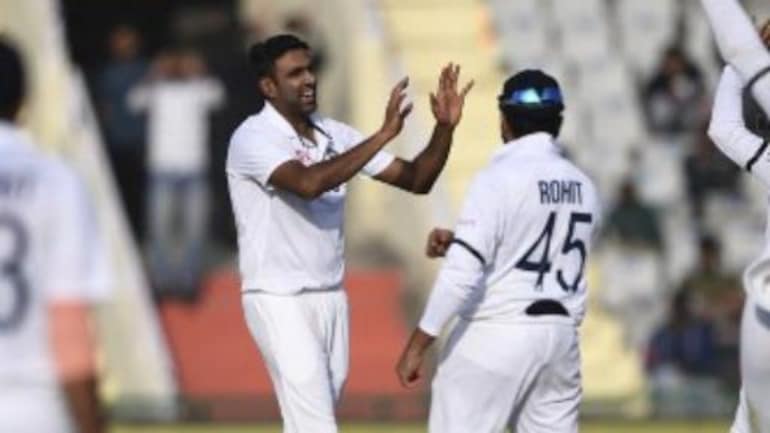 R Ashwin highlighted how Rohit cared for everyone in the team even as he was trying to implement his tactics in the first Test against Sri Lanka. The veteran spinner spoke about how Rohit wanted Ravindra Jadeja to get to his double hundred in the first innings and how he gave Jayant Yadav, the third spinner, overs towards the end of the Test even as the senior spin twins Jadeja and Ashwin were running through the Sri Lankan side.

“Rohit, we all know, how tactically strong he is and how good he is. But I saw a lot of human elements in the way he led the side. He was looking out for anyone in the team, how everyone would feel, how everyone’s confidence is important for the engine room to function,” Ashwin said.

“Even beyond all these tactical things, he kept the game simple. When he wanted to declare, he wanted Jadeja to get a double hundred. Eventually, it was Jaddu who said it’s not important and you should go for a declaration.

“So, all those things, I am sure Rohit is very, very experienced. I thought he did a phenomenal job,” Ashwin added.

I am sure lived his dream to the fullest on that particular day: R Ashwin on Rohit‘s captaincy debut Rohit took over from Virat after the latter announced that he is stepping down from Test captaincy post losing the series against South Africa in January. Ashwin said Rohit enjoyed his Test captaincy debut, saying that the newly-appointed skipper lived his dream by leading India in the longest format of the game.

“Captaining India in a Test match is a matter of great pride and extreme honor for any Indian cricketer. Like I said, even that would not have been part of anyone’s dreams, wearing the Indian jersey for one-day must have been their dream.

“I am sure lived his dream to the fullest on that particular day. To start off winning the toss was extremely important, it was a good toss. Obviously, he would enjoy that big margin of victory in his first match as captain,” Rohit added.

• R Ashwin praises Rohit for his leadership in his Test captaincy debut.

Prateek Kumar
Previous articleRavichandran Ashwin reveals his boyhood dream to become next ‘Kapil Paaji’
Next articleRavindra Jadeja becomes the no.1 all-rounder in Tests after his historic performance in the 1st Test against SL