Indian veterans Cheteshwar Pujara and Ajinkya Rahane, who are going through a rough patch, are set to receive a lifeline as the Test series against Sri Lanka is pushed to March. The duo of Rahane and Pujara is set to be a part of the Ranji Trophy, which is set to commence from 10 February. The Sri Lankan Cricket Board requested BCCI to push back the test series and keep the T20I series first as the Sri Lankan team would be coming fresh from a T20I series in Australia and it would be easy to make that shift from bubble to bubble.

With the Test series against Sri Lanka set to be played from the first week of March after the T20l starting February 25, a big hundred in the Ranji Trophy will provide the confidence that they need and probably ensure that they retain their place in the Indian team.

Both seasoned batters have already started training with the Mumbai and Saurashtra squad respectively and are determined to score the big runs that are expected of them. The veteran duo will also face off against each other in the crucial Saurashtra-Mumbai fixture in Ahmedabad. 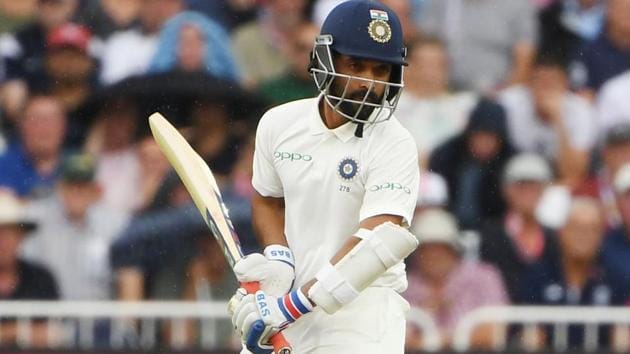 “Ajinkya is definitely looking forward to it. We have met a few times now, he has been practicing with the Mumbai team. He has had about a couple of sessions already. Looked absolutely in fine touch,” Mumbai coach Amol Mujumdar told PTI.

“We don’t have to look too much into the future but what is lying ahead of us is Ranji Trophy. They both are due for a big one. I feel it is just a question of confidence. Sometimes batting is nothing but confidence.” On the other hand, Cheteshwar Pujara who hasn’t scored a hundred since 2019, batted for 90 minutes in the nets besides undergoing fitness training. He specifically asked the pacers to bowl reverse swing.

“Pujara is not like other batters. He always has a specific plan when he walks into the nets. He is very meticulous in the way he trains. Today he wanted to practice against reverse swing which he may encounter in the Sri Lanka series,” Saurashtra coach Niraj Odedra told PTI.

It is not a secret that the time is running out for the seasoned campaigners and there is a long line of youngsters who are ready to take their place. Hence, Pujara and Rahane will have to make the most of their opportunities in the Ranji Trophy.

• Pujara and Rahane set to play the Ranji Trophy.

• Tests against Sri Lanka get pushed back to March.

ALSO READ: BCCI UNLIKELY TO ALLOW SPECTATORS FOR THE T20I SERIES AGAINST WEST INDIES IN KOLKATA