PSL 2022: Fire erupts inside Karachi’s National Stadium ahead of the opening clash

Horrific scenes unfolded at Karachi’s National Stadium just a couple of days prior to the Pakistan Super League(PSL) opening game between PSL 5 champions Karachi Kings and the defending champions Multan Sultans. A fire broke out inside the stadium as fans were terrified of the scenes. The incident took place on Tuesday night. The stadium was gearing up for the match and as per the reports of Cricket Pakistan website, the fire inside the make-shift commentary box was caused due to short circuit in the power lines during the preparations. 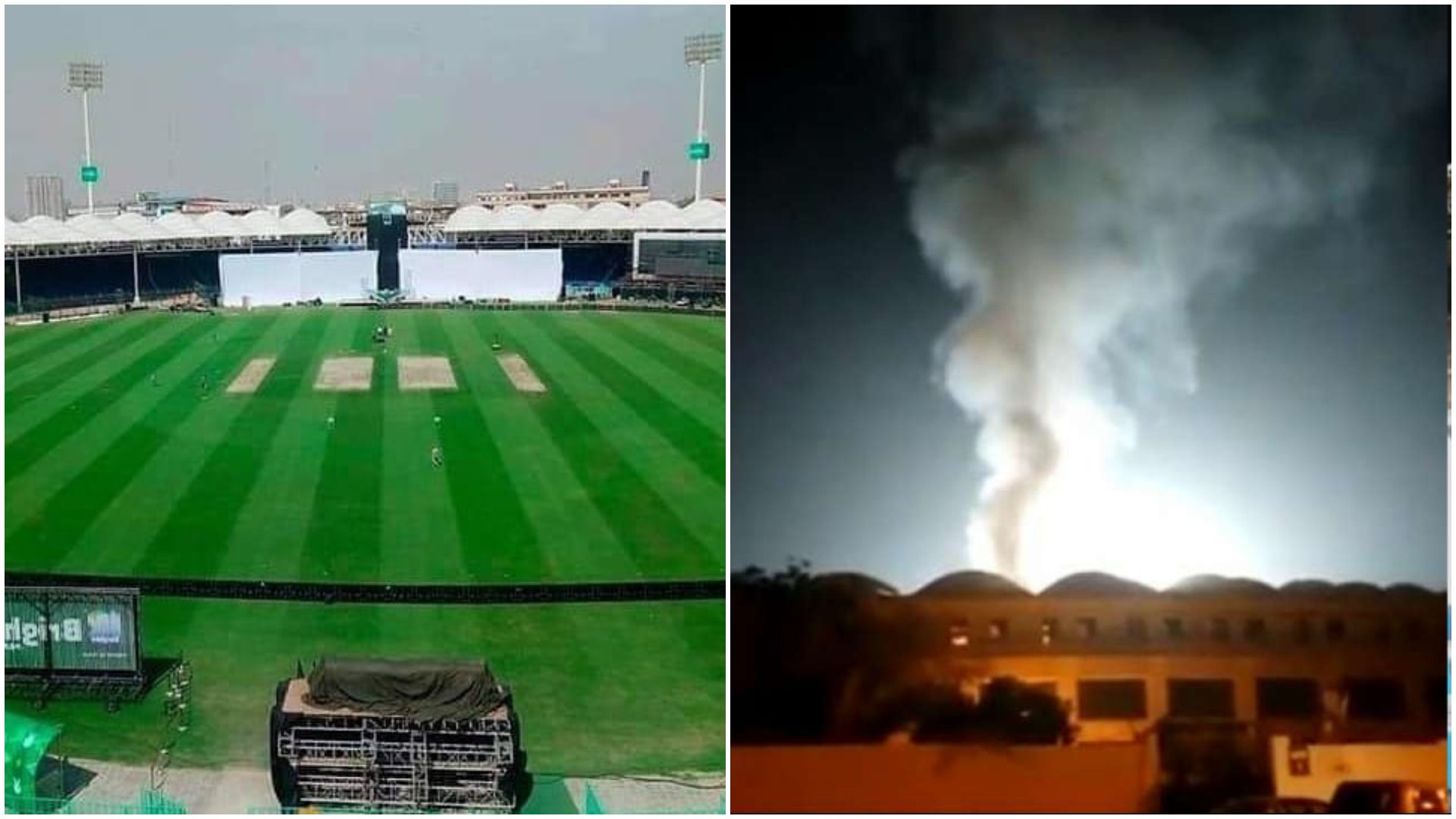 Some video clips on the mishap also started surfacing on social media. You can check out the video clip of the incident below:

Quite fortunately enough no casualties have been reported after the incident took place. This indicates that the tournament will commence as per the schedule. “Following this incident, a PCB spokesperson confirmed that a fire brigade vehicle and personnel have been deployed at the stadium to deal with any emergency from now onward,” said the report on the website.

It has been noted that following further communication by the concerned authorities, it was revealed that the commentary box, which is usually present on the third floor of the stadium, was moved to the ground floor in accordance to the bio-secure protocols put in place for the broadcasters and commentators being part of the biosecure bubble of commentators and broadcasters.

It is to be also noted that there has been a hike in Covid-19 cases which has raised some concerns for the PCB director, Ramiz Raja. Four positive cases have been reported so far from the Karachi camp alone while the overall tally is at eight now including the staff. However, the matches will have to undergo as scheduled if each team has 13 players in their squad.